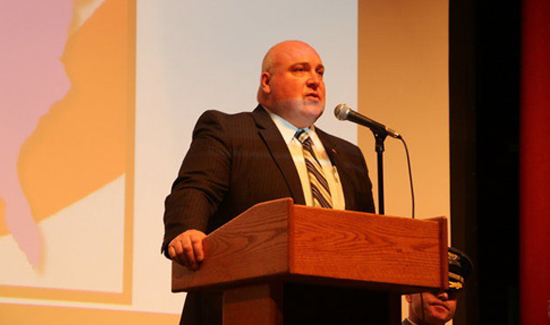 “We urge you to demand and include the immediate return of Chesimard before any further consideration of restoration of diplomatic relations with the Cuban government,” Chris Burgos, president of the State Troopers Fraternal Association (an official member of PubSecAlliance), told a House Foreign Affairs subcommittee in written testimony.

The State Troopers group is an official member of PubSecAlliance, an online community of law enforcement union leaders and their  members who are fighting to keep their jobs, health care, pensions and professionalism of the job.

“We are shocked and very disappointed that returning a convicted killer of a state trooper was not already demanded and accomplished in the context of the steps announced by the White House regarding this despotic dictatorship,” Burgos said in his written testimony, adding that the family of her victims “deserves this basic human decency.”

Chesimard was sentenced to life in prison for the 1973 murder of Trooper Werner Foerster during a gunfight after she and other members of the Black Liberation Army had been stopped by State Police on the New Jersey Turnpike. She later escaped from prison and fled to Cuba. Two years ago, she became the first woman on the FBI’s list of most wanted terrorists.

Federal, state, and local officials from New Jersey on both sides of the political aisle have called for Chesimard’s extradition and have criticized the Obama administration for insisting on her return as a price for restoring relations.