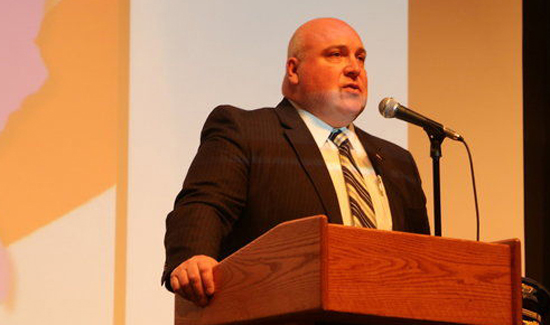 Following a lawsuit with the New Jersey State Troopers Association in the lead, a judge has ruled that New Jersey Governor Chris Christie broke the law when he refused to send the state’s required money to the state’s retirement funds so he could balance his budget.

The judge’s ruling contains the following statement: “Even the City of Detroit continued to make payments into the city employees’ pension systems despite dire financial distress, with the result that the health of Detroit’s pension system while the city went through bankruptcy was better than the fiscal condition of New Jersey’s pension funds. This State’s employees deserve no less.”

Chris Burgos, president of the State Troopers Fraternal Association of New Jersey, said his association took the lead as soon as they learned the Governor was not going to give the state’s share to the pension fund as required by law.

“We were first in as the lead litigant,” Burgos said. “Other groups joined in after we said would go alone if need be. Christie made a promise in 2011 and we kept up our end. All we asked for was to follow the law he signed,and make the required payments into our pension system.”

Superior Court Judge Mary Jacobson sided with the New Jersey Troopers and other public worker unions that sued to stop Christie from slashing an annual payment to New Jersey’s retirement fund for hundreds of thousands of government workers. The governor made the cut to fill a gaping hole in the budget after his administration’s revenue projections fell far short.

Burgos noted that the judge’s ruling makes it very clear that the law is a contractual constitutional right, and he did not have the authority to withhold the funds. “The Judge’s ruling goes into depth citing many cases around the country in her 130 page decision to uphold the claim for summary judgment. “Police union and association leaders, their attorneys and members should all take note of this decision.

Chris has passed on these links, for those of you who want to study the ruling and learn more about this case: