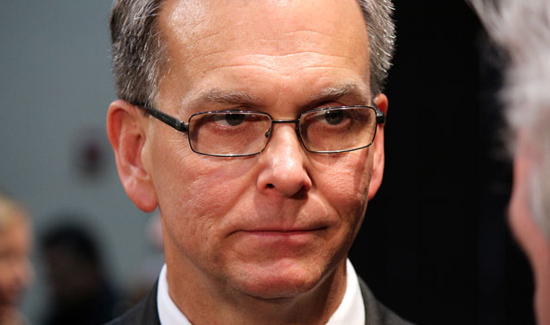 The latest no confidence vote is coming out of Louisville, Kentucky. The Louisville City Council last month voted 13-9 to approve a resolution which “urges Mayor Greg Fisher to ask for Police Chief Steve Conrad’s resignation and open the selection process for a new Chief.

The resolution is a non-binding measure that requires no formal action from Fischer who appears adamant that he will continue to support Conrad.

In a statement, Fischer said: “This vote is a distraction from the real work many people in the city are doing to fight crime. Our citizens expect Metro Council to work with Chief Conrad and the Louisville PD to help improve our crime fighting plan. Instead, too many members are just critics and simplistically target one person for a complex problem – and it comes on the heels of the Metro Council cutting funding to important public safety programs like Cure Violence.”

“He has systematically failed us,” Leet said. “Chief Conrad either will not, cannot or simply refuses to answer this council’s questions regarding public safety issues in our community.”

But another member isn’t putting all of the blame on Chief Conrad.

Bill Hollander, chair of the council’s Democratic caucus, said solving crime is a complex issue and cannot be solved by a single person.

“A new chief can’t stop the scourge of drugs, can’t stop the influence of gangs, can’t restore hope for people who have suffered too long for a lack of opportunities,” he said.

Conrad, himself, has been adamant in his refusal to resign. This is not the first no-confidence vote Conrad has faced. Late last year, the River City Fraternal Order of Police, the local police union, held a similar vote in which 98 percent of some 600 members who cast votes said they lacked confidence in Conrad.

I believe many politicians interfere with Chiefs of Police and sheriffs when they are attempting to administer their departments for the good of the people they serve. Too many requests for resignations are blanketed in one personal issue now and then and not malfeasance or corruption. It makes it hard for any law enforcement manager to do their job in a successful manner.
Drug problems and gangs didn’t just surface in the U.S. They have been around long before I was born in 1944 and will be around after I am gone. Get a reality check and allow the head law enforcement leaders do their job and find something else to get your eyebrows in a twitch.