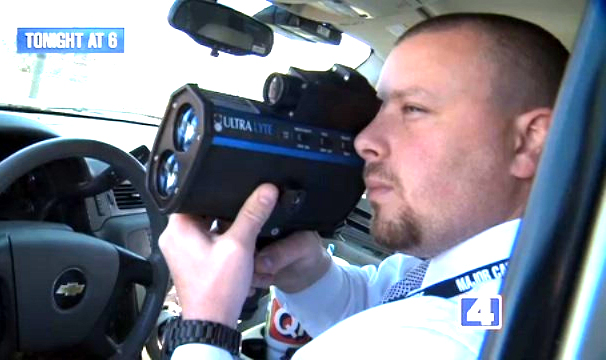 One of the interesting things average Americans learned after the controversy in Ferguson, Missouri, last year was just how much municipalities and the police agencies therein have come to rely on fees and fines to make payroll, compensate workers for overtime, and keep the lights on.

To some degree, this is the case in a lot of places in the United States these days. But in places like St. Ann, Missouri, it’s especially troubling.

According to the Huffington Post, “Missouri Gov. Jay Nixon (D) signed a law this summer that was intended to prevent small cities from using their municipal courts to generate revenue. The law, passed in the aftermath of the unrest in Ferguson, has already had an impact on one of St. Louis County’s most notorious—and lucrative—speed traps. But the legislation hasn’t been able to change the longstanding attitudes of officials in the city of St. Ann, whose municipal court, along with others in St. Louis County, still has a long way to go.”

Police Chief Aaron Jimenez told The Huffington Post he has “mixed feelings” about the effects of SB5.

“Because of Senate Bill Five, I jumped out ahead because I knew I was losing $1.5 million dollars out of my budget,” Jimenez said. “I had to lay off 10 officers. Half of them were able to retire.”

Mayor Michael Corcoran said this could be the end for many small Missouri communities.

He also said without the fees and fines, cops simply won’t get paid.

“We used the revenue from that … to pay the police officers the overtime they were out there, the staff that it took and the core personnel to do it,” Corcoran said.

This article highlights and illustrates perfectly why affronts like civil asset forfeiture should be severely curtailed. Too many communities and LE agencies used this to fund their operations, giving them incentive to essentially steal from average citizens. Far too many cases of CAF have nothing to do with criminality but rather profit.