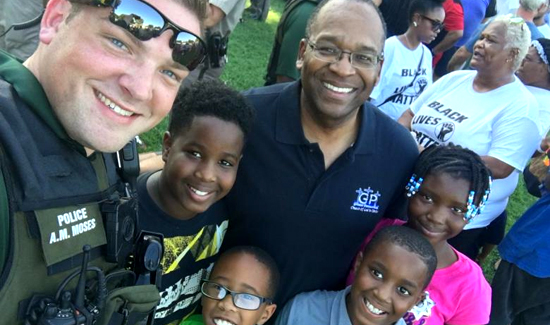 Between everyone freaking out about Trump, Clinton, mass shootings, and the Zika virus, it’s a great time for owners of establishment media outlets like FOX, CNN, and MSNBC.

When people are as angry as they seem to be right now, doing the “news” is as easy as pie.

All you have to do is send a photographer out to the Black Lives Matter protest and try and get the protestors screaming at the counter-protestors.

People screaming at each other is great television. If it wasn’t, we wouldn’t have “The View” or professional wrestling.

Generally speaking these days, what’s good for CNN and FOX is bad for the country.

But those do little to explain things and generally serve to reinforce people’s preferred narratives.

That’s why you’re far more likely to hear about some well-intentioned but highly emotional and disorganized young activists fighting with police officers than something like people quietly getting together and working to make things better.

That’s what happened in New York City over the weekend.

Sadly, with the real estate hustler and the former First Lady dominating the news, things like the story below and the recent barbecue in Kansas City don’t get the attention they deserve.

Nothing works better for the corporate media and the political class than animosity, name-calling, and a total lack of civility.