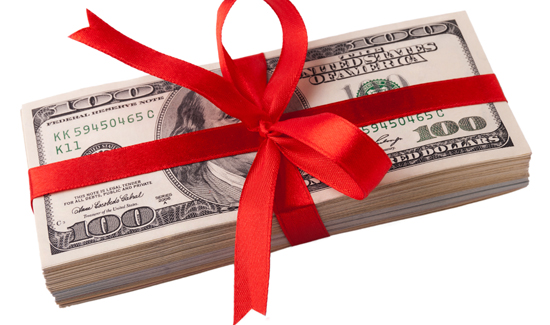 Every year a small group of NYPD officials quietly files an annual financial disclosure form with the city’s Conflicts of Interest Board. It’s only about 130 people out of a department with 35,000 officers, but the forms offer a unique glimpse into the outside financial interests of those running the department.

WNYC reviewed six years’ worth of financial disclosure forms from 219 NYPD officials who filed during that time and used other public records to dig deeper. We found millions of dollars in outside money flowing through the upper ranks of the department over those years.

Dozens of top department personnel routinely supplement their six-figure salaries with side jobs and businesses. Some make a few thousand dollars for things like teaching courses at a college or giving speeches. Others made far more. Another two dozen have investment portfolios worth more than $100,000. A few are millionaires.

In some cases, outside deals and jobs appear to be at odds with department interests. At least one looks like a clear violation of city conflict of interest law.

The department does not have its own financial disclosure requirement nor investment policy. Meaning, it has no idea how much officers are making on the side, what they’re investing in and the names of people they do business with.

The city Conflicts of Interest Board only requires about 130 top NYPD personnel a year to report on their finances — outside income, investments and debts. In contrast, the city of Chicago requires all officers with the rank of lieutenant or higher to file an annual disclosure form. There are close to 2,500 at that rank in the NYPD.

WNYC’s review comes as the department grapples with its worst corruption scandal since the 1990’s. More than a dozen high-ranking officers have lost their jobs or been reassigned in the past year. Four cops — including a deputy inspector and a deputy chief — were charged with federal crimes.

Of the 14 officers who have been publicly linked to the federal investigation, only one, ex-Chief of Department Philip Banks, had to disclose his finances to the city. Banks hasn’t been accused of any wrongdoing. But he did disclose receiving between $250,000 and $500,000 from an investment firm run by a businessman who has pleaded guilty to corruption and is cooperating with federal prosecutors.

Banks also disclosed hundreds of thousands of dollars from a promotional test-prep company he co-owned. In June, WNYC reported that more than a dozen high-ranking NYPD officials moonlighted in that lucrative industry — charging subordinates for help passing promotional exams. The city’s Department of Investigation is still probing that arrangement.

“You sort of don’t want to make everything so onerous on police officers and in my view on any government official that it seems like you can’t be a normal human being and have the job,” said Matthew Barge, the court appointed monitor for the Cleveland Police Department and an executive director at the Police Assessment Resource Center, a nonprofit that works to improve policing and police-community relations.

NYPD Deputy Chief Kerry Sweet, commanding officer of the legal bureau, said state law allows police officers across New York to work as much as 20 hours a week on another job – as long as it doesn’t conflict with specific city or department rules.