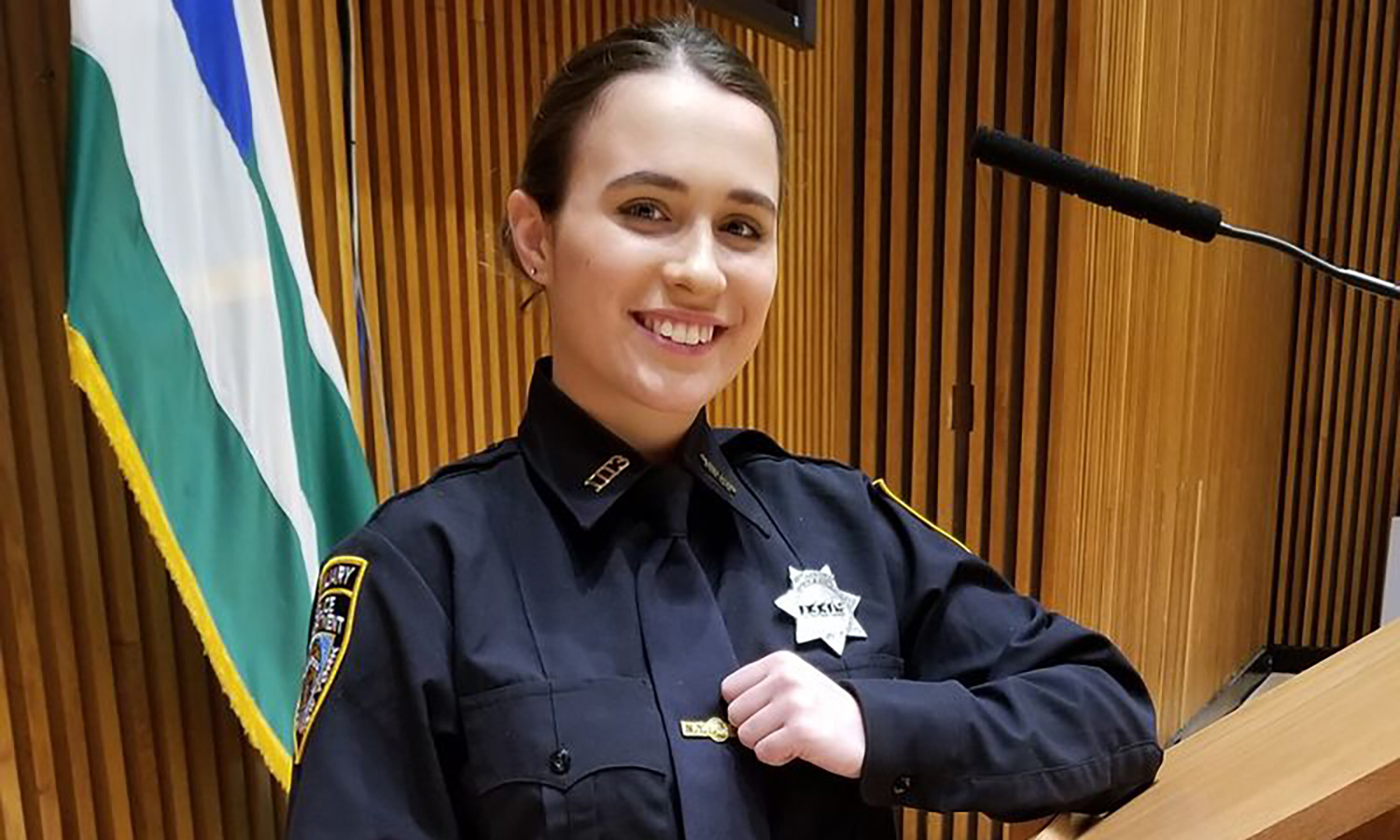 A volunteer cop from Queens has gone from living in a homeless shelter to studying at Harvard University, and she hopes to be an inspiration for others struggling to improve their lives.

Athena Capo-Battaglia, 18, said she knew that getting a higher education would put her on a path that would change her world.

“I felt I had to get into college because this is not where I want to stay,” said the auxiliary NYPD officer who applied to colleges while living in a shelter. “I was like, ‘OK, this is one way that I can get out and maybe in the future get a good job.’ ”

Capo-Battaglia and her mother entered the shelter system two years ago because they were struggling to pay rent after her mother was diagnosed with breast cancer and her grandmother died.

“It was kind of hard for us to get into the groove of things,” she said. “We just didn’t have enough money to afford an apartment after a few years.”

“It happens to a lot more people than you think,” said Capo-Battaglia. “All kinds of people end up there for all kinds of reasons. It’s not just because people are lazy.”

As of this month, there were 63,839 homeless people and 15,492 homeless families living in New York City shelters, the Coalition for the Homeless said.

Capo-Battaglia ended up living in a shelter in Jamaica, Queens, where she joined the auxiliary police, which helps the NYPD keep the public safe. She volunteered with the 103rd Precinct.

“I thought it would be a great opportunity to get to know people and experience the outside world more, really understand what the police do,” she said. “A big part of the auxiliary police is building connections between the community and the police, so I thought I’d really like to be a part of that.”

While attending high school in Manhattan and applying for colleges, Capo-Battaglia trained twice a week, learning NYPD protocols and procedures and self-defense.

“I felt like I was doing something good,” she said. “It’s a lot about maintaining public safety.”

And then, last March, she was accepted into Harvard University.

“I called my friend, and I just screamed, ‘Oh my God, I got into Harvard!’ ” she recalled. “It was really exciting. I wanted to see if I could get in. I’m used to challenging myself. That’s what I had to do my whole life.”

“[Her mother] was superexcited, as well,” she said. “She was superproud.”

The accomplishments kept on coming for Capo-Battaglia. She graduated from the auxiliary police last April and was class valedictorian. The mayor’s office also presented Capo-Battaglia with a $1,000 scholarship and recognized her and dozens of other college-bound high school students with an award.

“I felt like I accomplished something,” she said. “It’s always nice to be rewarded.”

Capo-Battaglia, who plans to go into the field of neuroscience, lives on Harvard’s Cambridge, Mass., campus, has a job at a local cafe and attends classes full time.

“It’s a lot, but there are so many opportunities, especially at Harvard,” she said.

Back in New York during school breaks, Capo-Battaglia lives with her mother at the shelter, still volunteers with the 103rd Precinct and says she might even consider joining the NYPD.

“It depends on what jobs I decide will suit me the best. I definitely plan to continue in auxiliary. My experiences here have been really great,” she said.

“I never really feel like the struggle is over,” said Capo-Battaglia. “It’s definitely rewarding to give back.”