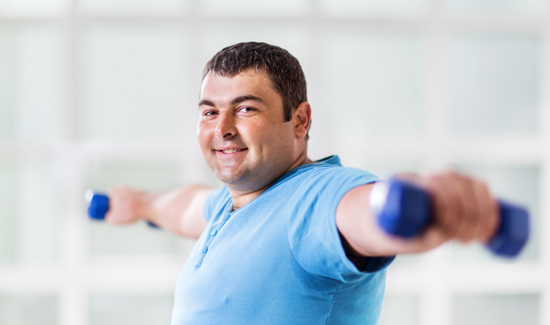 The New York Post, which is the preferred daily for cops in Gotham, recently ran a story suggesting that many of the tens of thousands of men and women in the NYPD are hugely overweight.

But this wasn’t some academic elitist with fancy books and charts from the ivory tower saying New York’s Finest are grossly out of shape- it’s the cops themselves.

In short, it sounds like some of the less out of shape cops are grossed out by the fatties.

“You see some of these officers out there. They’re fat, they’re sloppy, they’re disgusting and they’re not healthy,” one cop said.

They could try and create some fitness requirements or pass out bonuses for cops that skip the bar and the pizza and head to the gym. They’ve tried it before but it never got past the various police unions representing NYPD officers. Above: This world-famous gym rat and NYPD Officer is apparently the exception to the rule.

But this is where fact gets separated from fiction. On TV and in the movies cops are always fit and trim and spend lots of time training and staying in shape.

Here’s how it goes in real life- one time they tried to set up a small wall for cops that wanted to get on an elite counter-terrorism unit as part of a very samll and not all that challenging obstacle course.

“There was a wall you have to climb, and there were guys who had to walk around the wall because they’re so out of shape,” one cop who saw the thing said.