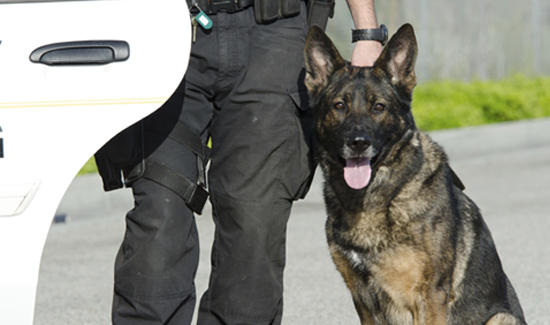 The NYPD has officially gone to the dogs.

According to the New York Times, 17 dogs were welcomed to the force last week:

Most of the dogs received a new name to honor a police officer who was killed in the line of duty.

These dogs are mostly responsible for sniffing out trouble on the subway, but they are also used to protect against terrorism.

In an article in The Times from 1908, on the occasion of the first graduation of a class of police dogs, the author wrote, “On their official conduct during the next month or two hangs the entire future of the dog as part of the city’s police force.

“Either they will be laughed out of official existence” or “they will form the nucleus of a dog squad whose numbers will run into the hundreds.”

CLICK HERE to see a photo from the big day.