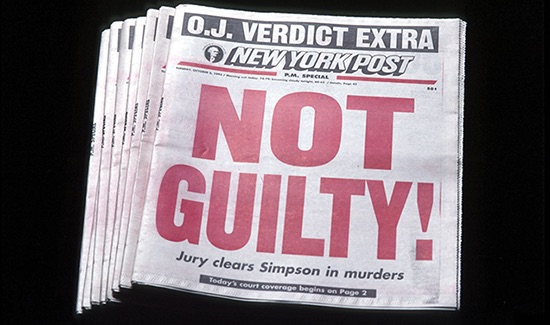 Join the National Law Enforcement Museum to talk about a landmark case for forensic science. On June 13, 1994, Ronald Goldman and Nicole Brown Simpson were found brutally murdered at her home. DNA evidence was the key to the investigation, and it was the job of Los Angeles (CA) Police Department Detectives Phil Vannatter and Tom Lange to solve the case. Simpson’s ex-husband, famed football player and Hollywood personality OJ Simpson, was a prime suspect. Thus began one of the most infamous cases in American history, culminating in the “Trial of the Century.”

Det. Tom Lange (ret.): One of the lead detectives on the Nicole Brown Simpson and Ron Goldman murder investigation along with Det. Philip Vannatter. He retired from the Los Angeles (CA) Police Department in 1996.

Dr. Jenifer Smith: Director of the District of Columbia’s Department of Forensic Science and retired Federal Bureau of Investigations Special Agent where she served for 23 years.

This event will also be broadcast live on the National Law Enforcement Museum’s Facebook page.