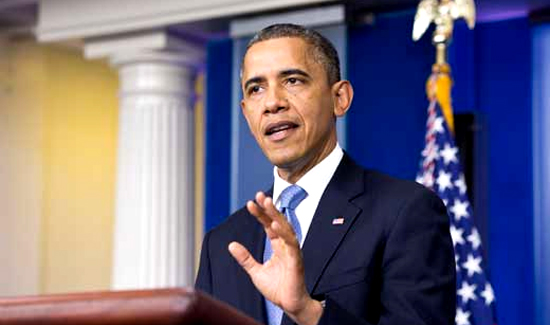 President Barrack Obama addressed a gathering of the nation’s police chief yesterday and made the following comments.

“I reject any narrative that seeks to divide police and communities they serve; I reject the storylines that say there is ‘us’ and ‘them,'” he told an audience of 2,700 people attending the International Association of Police Chiefs in Chicago.

“With today’s technology, if just one officer does something irresponsible, the whole world knows about it moments later,” Obama said.

And while he admitted that effective police work “rarely makes it on the evening news,” he asked the group to concede “you know as well as I do, that the tensions in some communities, the feeling that law enforcement isn’t always applied fairly, those sentiments don’t just come out of nowhere.”

Richard Beary, President of IACP and Chief of Police at the University of Florida, said overall immediate reaction to Obama’s comments was positive.

“It was important the president came and talked to law enforcement and said he understands the critical role they play. The officers needed to hear that,” Beary said by phone right after the speech. He acknowledged morale has been low and stressed there are cops out there doing great things every day that don’t make the headlines.

“Law enforcement is not trying to separate itself from the community,” Beary said. “The vast majority of law enforcement abide by the oath they took.”