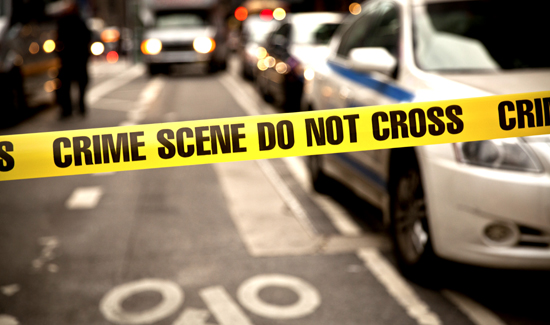 Via the Houston Chronicle:

An off-duty Montgomery County deputy and his wife opened fire on two men who allegedly attacked them at a Porter gas station, according to authorities.

Just after 6 p.m. Saturday, the suspects walked up to the deputy’s personal vehicle and started assaulting him as he parked by the pump in front of Summerhill Food Mart, authorities told reporters at the scene on Sorters Road.

“Once the victim leaves the store, the suspect vehicle circles around and pulls up on the side street, where you can see them both exit the vehicle and assault the subject as he’s putting ice in the bed of the truck,” Lt. John Schmitt of the Montgomery County Sheriff’s Office told KTRK.

Both the deputy and his wife whipped out guns and shot at the pair of suspects as they fled in a red Chevrolet pickup truck, according to KPRC.

It’s not clear whether the suspects were hit or how many shots were fired, according to local reports.

The deputy was taken to the hospital, but his wife was not injured.

Because the deputy was in a personal vehicle and not in uniform, investigators do not believe he was targeted for working in law enforcement, according to the ABC affiliate.

The 20-year veteran of the force has not yet been identified.