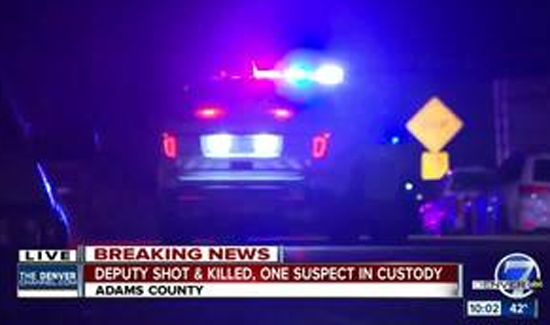 In Colorado, a sheriff’s deputy was shot and killed yesterday while responding to a call of an assault in progress, officials said.

The unidentified Adams County sheriff’s deputy, was fatally shot in the chest after pursuing a suspect on foot in Thornton, Colorado.

“When deputies caught up to the male, the male pulled out a handgun and started to shoot at our deputies,” fatally striking the officer, the Adams County sheriff’s office said in a statement.

Shortly thereafter police found the suspect and took him into custody, the statement said.

Both should be considered armed and dangerous officials said.