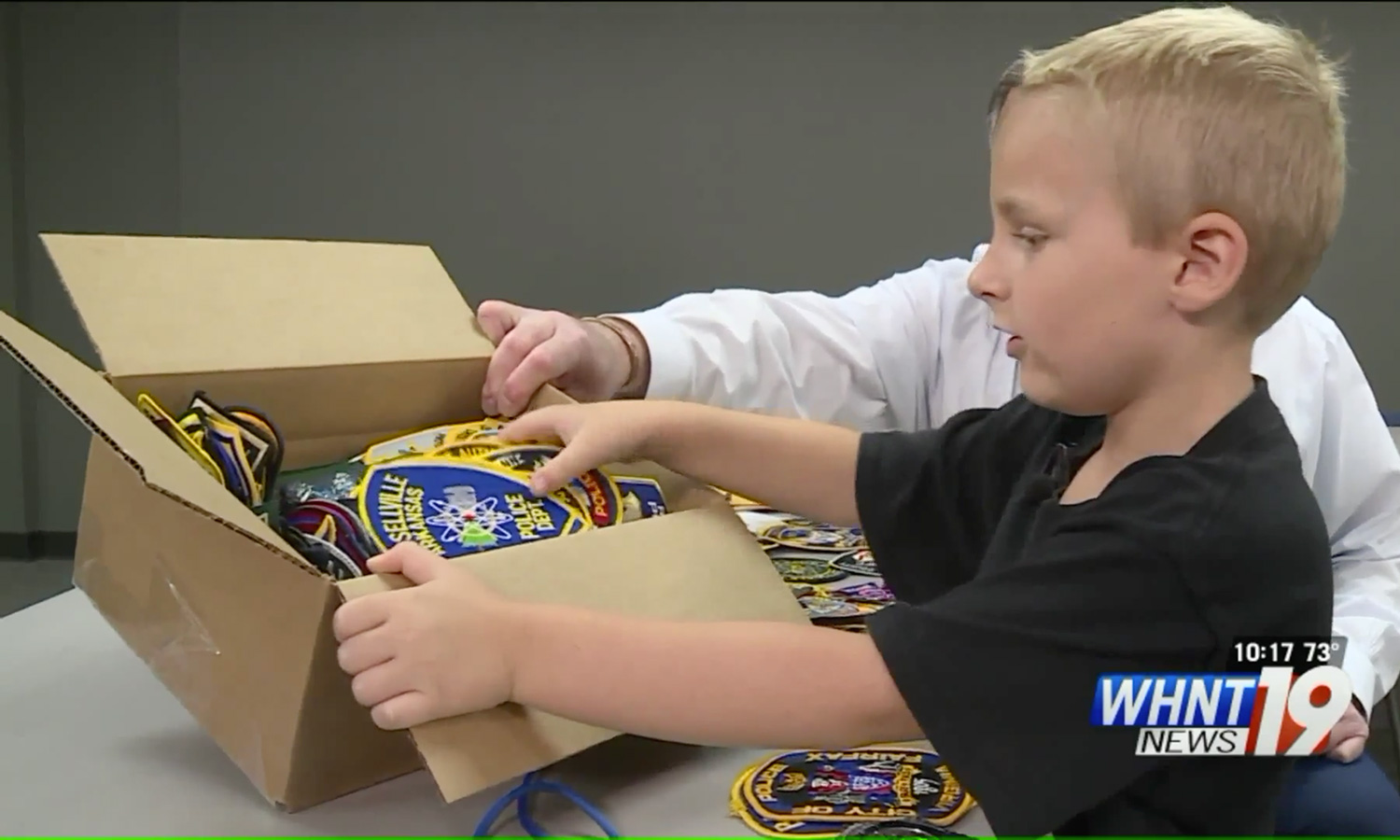 HUNTSVILLE, Ala. – In May of this year, we spent some time with a little boy who wants to grow up and follow in his dad’s footsteps. You may remember him as “Officer Noah.” Noah Harrell is like any other five-year-old. He loves to play. But he has an unusual hobby.

He’s collecting shoulder patches from law enforcement officers across the country. His favorite happens to be a Huntsville Police Department patch because it came from his dad’s uniform. It all started when Noah’s grandfather, who works with law enforcement officers across the country, went on a trip. He would ask his grandfather to bring him a patch.

They’re kept in what he calls his police officer’s support book. He started with 29 patches from 14 states. But after we shared his story with our viewers and people started sharing it on social media, folks began contacting us saying they wanted to send him a patch. They did, from across the country. Noah’s collection more than doubled.

Bill Aycock has some of those patches. “They’ve been sitting in my closet and I wasn’t going to do anything with them,” Bill told us. “When I saw your story, I thought great. He wants to be a law enforcement officer like his dad. It was very touching.”

So much so that Bill wanted to give Noah some patches he’d collected. Bill retired from law enforcement. He was a police officer, an air marshal, worked internal affairs for the FAA and was part of a United Nations International Police Task Force.

He collected patches during his 30-year-career. It was his hobby. “That was my hobby and yeah, you don’t see kids doing that and that’s what I thought was so neat,” Bill said. He wanted to pass them on to Noah.

Noah’s parents brought him to WHNT where he met Bill Aycock. Noah had an idea of what was about to happen because he saw a lot of envelopes on a table. Those were the ones that people mailed to him here at the station. But there was also a cardboard box wrapped with a blue string. “There’s patches in that box,” Noah said. He was right. It was full. There were close to 300 patches inside. And each had a story.

Noah pulled them out by the handful and then asked Bill, “What are these tiny patches?” Bill told him they were flags from different countries. Bill had a global collection that reached around the world. Noah asked him which was his favorite. Bill looked at him and said, “Oh, it’s hard to say. There are so many of them.” It’s hard to choose just one. Noah liked all of them.

Before walking out the door, Noah put the more than 300 patches back in the box, shook Bill’s hand and politely thanked him. This random act of kindness from a retired law enforcement officer to one who hopes to follow in his father’s footsteps one day and wear a badge, is something neither of them will ever forget.