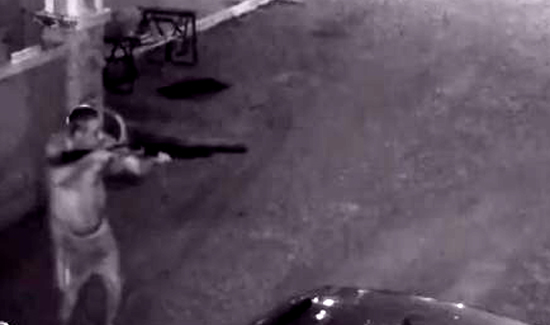 Dramatic footage shows the moment a gunman fired a barrage of bullets at Indiana police officers in an ambush-style attack last week.

The Evansville Police Department on Tuesday released surveillance and body camera footage from the May 11 shootout, which police say showed 51-year-old Barry Freeman firing at officers and their vehicles for nearly an hour. Police are still trying to figure out a motive for the attack.

Freeman killed his neighbor before riddling the neighborhood with bullets, police said.

Officers responding to reported gunfire saw Freeman standing in a driveway with a rifle when he opened fire on them, Evansville Police Sgt. Jason Cullum said at a news conference Tuesday.

See it all here.