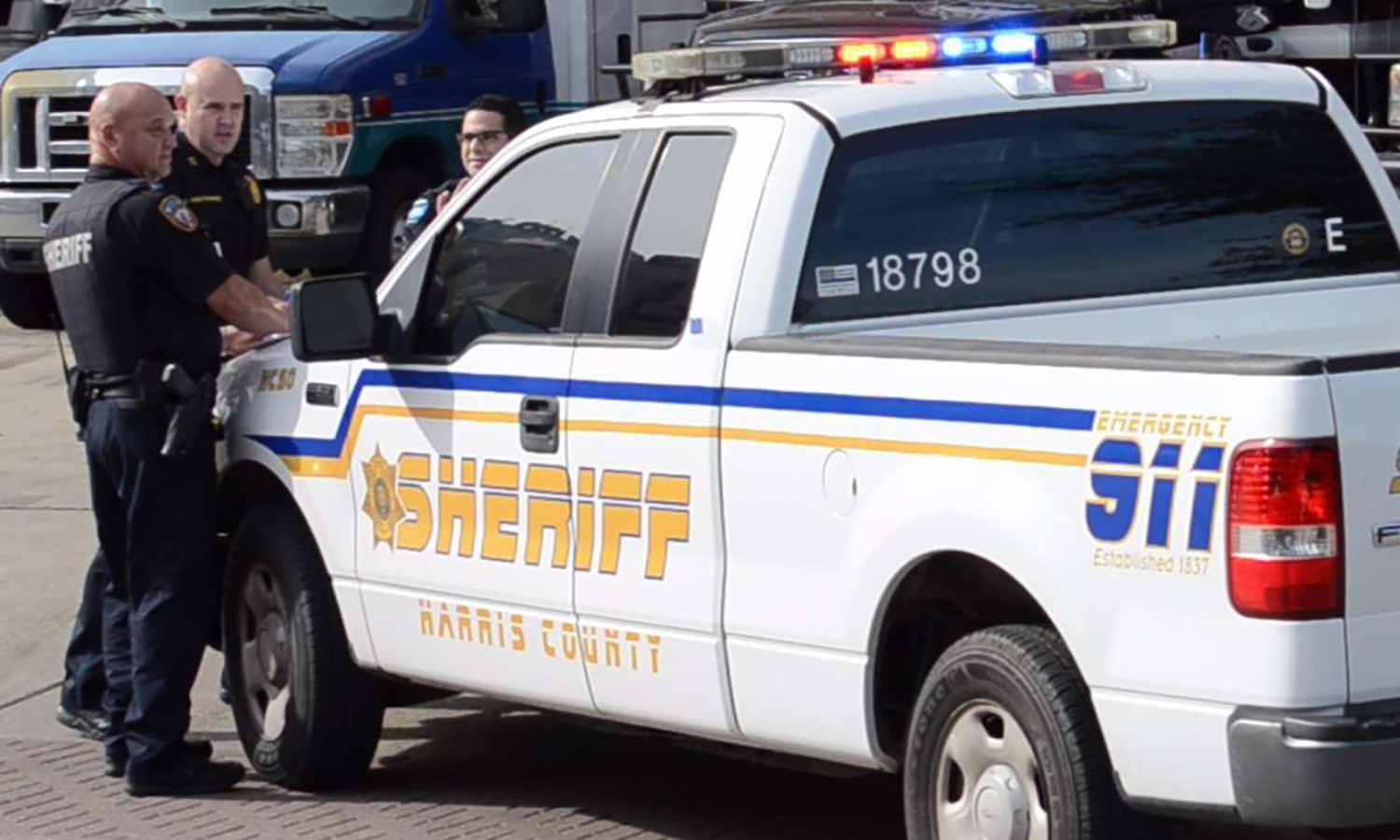 A man wanted for battering his girlfriend took his own life Tuesday afternoon after wounding a Harris County Sheriff’s Office sergeant and two agents with the Texas Attorney General’s Office during a gun battle at a Houston home, according to authorities.

The three officers are in stable condition after being shot around 12:50 p.m. by suspected gunman Daniel Trevino, who was the target of their arrest warrant being served at a home in the 5000 block of Hartwick Road.

The shooting prompted a five-hour-long standoff with Trevino, who was barricaded inside the home.

Authorities were in contact with Trevino during the standoff and Harris County Sheriff’s Office Chief Deputy Edison Toquica said he offered to come out. He never did. The standoff ended at 6:15 p.m. when police found him dead of a self-inflicted gunshot wound inside the house, Toquica announced at a news conference.

Trevino had been wanted for more than a week since he allegedly violated a protective order from his girlfriend, officials said. During a Dec. 2 encounter, he accused the woman of infidelity and head-butted her. She told police later that day he came to her home, but she did not want to press charges because she feared for her life, according to documents.

Trevino was charged with aggravated assault on Sept. 20 about a week after he allegedly confronted his girlfriend with a revolver. He threatened to kill her and her two children because he believed she had cheated on him, according to court documents. She told police Trevino forced her family to stay inside the apartment until her kids could muster $360 in rent he demanded back. He then hit her legs repeatedly with the handgun, police said.

He was arrested on Oct. 25 and released after posting a $40,000 bond on Oct. 31, records show. The protective order against Trevino was issued on Oct. 26.

As last week’s warrant for violating the protective order was issued, prosecutors requested that Trevino not be allowed a bond.

Police tracked Trevino to the north Harris County home where he is believed to have shot the three officers. The officers managed to return fire, police said.

A police escort tailed the ambulances carrying the wounded officers to Ben Taub Hospital, all of which arrived within minutes of each other. The officers — all suffering gunshot wounds — were awake as first responders wheeled them into the hospital.

One of the agents, who was shot in the face, torso and leg, was spotted entering the hospital with a neck brace.

The sheriff’s sergeant took a bullet to his right hand, Harris County Sheriff’s Office Major Mike Lee said. The wound, which was bandaged when he reached Ben Taub, that Lee believes could cost him a finger.

The other agent was shot in the foot, Lee said.