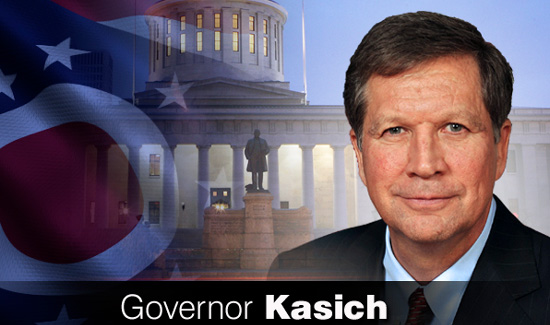 In Ohio, Governor John Kasich is setting up yet another task force on issues in policing.

Speaking about himself in the third person, Governor John Kasich said, “The governor of this state is not going to look the other way. It is not acceptable to have these divisions between our friends in the African-American community and law enforcement.”

Unlike some of the other policing panels, such as the President’s Task Force on 21rst Century Policing, the Ohio group will be charged with creating first-ever statewide standards for law enforcement agencies.

“We will create the first statewide standards on a number of these things,” Kasich said. “We don’t want people in the streets, burning buildings and hating one another. We have to do this. It has to work.”

It turns out that while Ohio has some minimum standards for police officers, standards for Ohio law enforcement agencies simply do not exist. Part of the task force mission will be to create some guidelines in terms of policing practices.

The fact that there’s almost no consensus on basic questions like “is it within policy for officers to shoot unarmed, fleeing suspects that pose no threat” has led some politicians like Kasich to get ahead of the game, in terms of use-of-force controversies going forward.

“If someone is running from a law-enforcement officer, their life is not at risk, nor probably is anyone else’s,” Kasich said. “These standards don’t exist in some law-enforcement operations in this state. So, making it clear what the use of force is will be very helpful in guiding an officer.”

If a suspect is fleeing the scene of a shooting or possibly an armed robbery does the governor mean the pursuing officers should take no action or should not be prepared to defend themselves?

Just another politician riding the vote-sucking wave. From the man who, in his first campaign to run for Ohio’s governorship, was filmed at a campaign event blasting a police officer for writing him a speeding ticket (calling him an idiot, among other things), to the very public attack he took against public safety workers as a whole in his attempt to smash our rights to unionize (where we were called lazy, greedy, and other not-so-nice adjectives), he continues his personal vendetta against the Peacekeepers. I left the Republican Party when his cloak came off, and quite frankly lost what very little trust I had in politicians as a whole (I guess I’m a slow learner). He does not care a bit for our safety or welfare, so you are best to remember the wolf fangs that hide behind the sheepskin should he ever appear to want to help us regarding ANYTHING!

God Bless you, Brothers and Sisters, and may He keep you and yours safe!