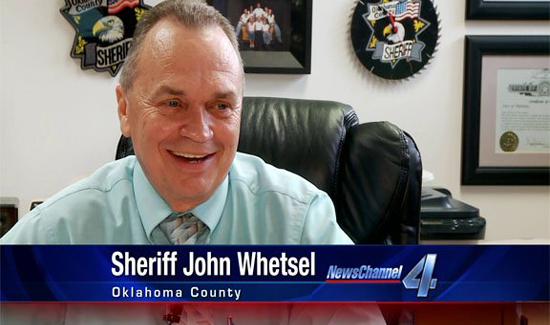 Oklahoma County Sheriff John Whetsel apologized Friday in his first response to a critical investigative audit for any “errors on my part,” but he asked residents to keep in mind “there … is no finding I or anyone else misappropriated money.”

The audit specifically criticized Whetsel, saying he chose not to pay the jail’s medical care provider for months in 2015 “even though funds were available at the time payment was due.”

Armor Correctional Health Services Inc. provides medical care to inmates. The Florida company filed a breach of contract lawsuit over the unpaid bills and was awarded $3.3 million in June. If an appeal fails, county property owners may have to pay the award, through increased taxes over three years.

In his two-page statement Friday, Whetsel said difficult decisions had to be made in fiscal year 2015 because of historic budget problems. He said, though, “Public safety is my utmost concern, and I made every decision in question while keeping in mind the fulfillment of the mission of this agency.”

He also said, “We followed established countywide practices in making the decisions … practices that have evolved in the years since. Many of the findings in the audit report have already been addressed and we are working to address and correct every single issue that was identified.”

District Attorney David Prater requested the investigative audit in March. He told Jones in a letter it “could result in criminal charges being filed.”