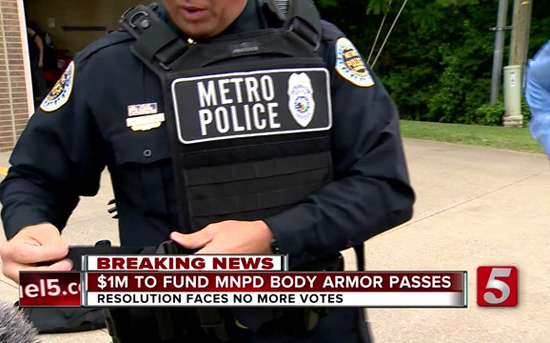 DUNCAN, Okla. — A Duncan couple has the goal to protect rural law enforcement officers, and they’ve put up pretty big money to do so.

Tom and Phyllis McCasland said they were moved by the tragedy in the streets of Dallas when a shooter took aim at police officers, taking the lives of five.

“Mrs. and Mrs. McCasland were in Dallas and observed the horrific events,” said Randy Macon, executive director of the Communities Foundation of Oklahoma.

So the couple took action.

“Knowing they are deeply committed to Oklahoma, particularly rural Oklahoma, this was an opportunity to help out in this way,” Macon said.

The McCaslands partnered with the Communities Foundation of Oklahoma, putting up $100,000 for protective gear such as vests.