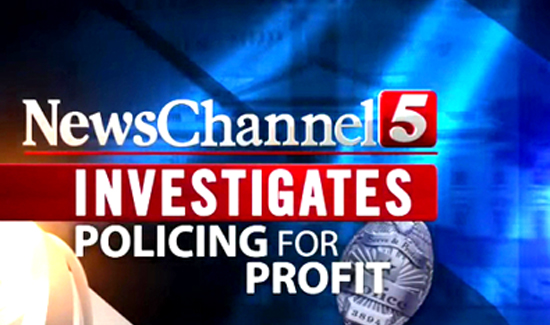 Generally speaking, police officials prefer the traditional political enemies to some of the new ones.

But increasingly it’s not the ACLU or the so-called liberal media that’s calling out some sketchy policing practices.

More and more, it’s conservative and libertarian groups like the Heritage Foundation—once considered a strong ally of law enforcement and law and order in general.

At issue is the scattershot standards and regulation revolving around forfeiture laws,  which in many states allow law enforcement to take people’s money and property without any evidence of a crime being prevented.

The vast majority of taxpayers find the current state of affairs to be—quite frankly—unacceptable and want the standards tightened up.

But law enforcement has come to rely on the money. And it seems like keeping that revenue stream running is more important than maintaining the trust or approval of the citizenry.

Needless to say, the lawmen are getting an earful in return.

“I think that the opposition, in general, comes from a desire on the part of law enforcement in Oklahoma to defend their cash cow,” Jason Snead, a policy expert at The Heritage Foundation, told The Daily Signal. “They make millions of dollars off of civil forfeiture, and even a slight tinkering in terms of raising standards of proof or requiring a criminal conviction, or, heaven forbid, transferring seized assets to the control of the legislation or third-party board, would disrupt that funding mechanism.”

As for Oklahoma police chiefs, they’re sticking to the old drug war script:

“The proposed legislation will encourage cartels and street gangs to increase operations in Oklahoma,” a letter from the Oklahoma Association of Chiefs of Police to lawmakers said.