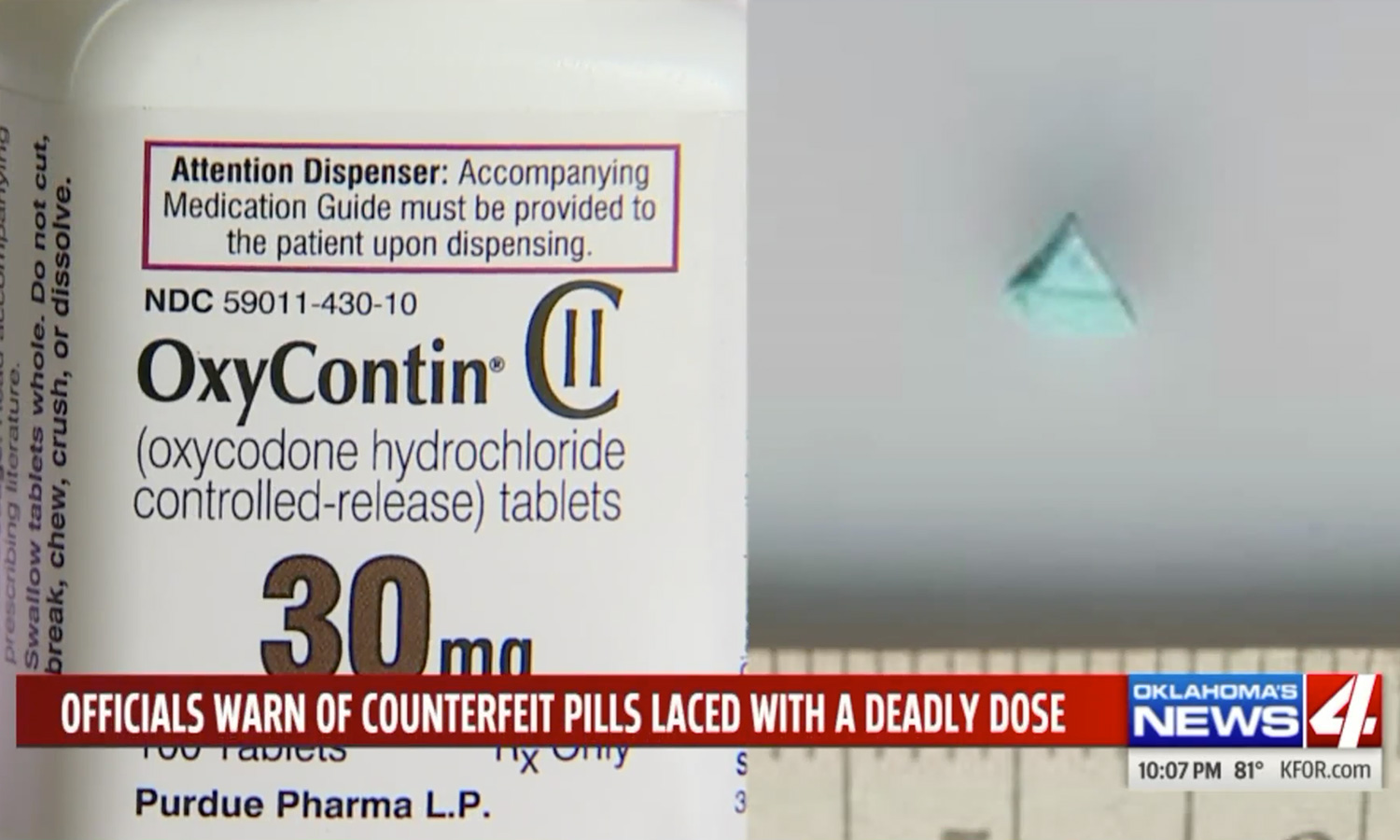 State narcotics investigators are warning the public about counterfeit prescription street drugs sold to at least two people in recent weeks, resulting in one death.

“We became aware of it over the last couple weeks. There were a couple overdoses, one that ended up being fatal. Another victim was revived using Narcan, and samples were found at the scene of one of the overdoses,” said OSBI spokesman Mark Woodward. “It looked like an Oxycodone tablet, that’s legal in the US., but the lab results confirmed that it is a counterfeit pill, filled with fentanyl.”

Woodward would’t say where the overdoses occurred or where it is believed the fake prescription pills were sold, only to say “central Oklahoma.”

“We don’t know how widespread these pills might be,” said Woodward. “People need to understand they don’t know what they’re buying. It could be Oxycodone diverted out on the streets, or something pressed to look like Oxycodone.”

With names like China white or carfentanil, the illicit synthetic opioid fentanyl found in the pills can be anywhere from 10 to 1,000 times stronger than heroin or morphine.

Right now, it’s unclear if the fentanyl is being purchased from overseas and pressed into fake prescription drugs in the U.S. or the fake pills are being bought directly from overseas suppliers.

Thousands of Oklahomans have died over the last several years due to drug-related overdoses, a number caused by prescription opioids. Woodward said the discovery of illegal fentanyl is a new development on the ongoing battle and the hope is to cut off the source before more people die.

“Even heroin, in the last five years, has become a very popular opioid compared to what it was before that,” he said. “More and more, we’re seeing deaths associated with the street version of fentanyl, that’s been cut into stuff like heroin or pressed into pills.”