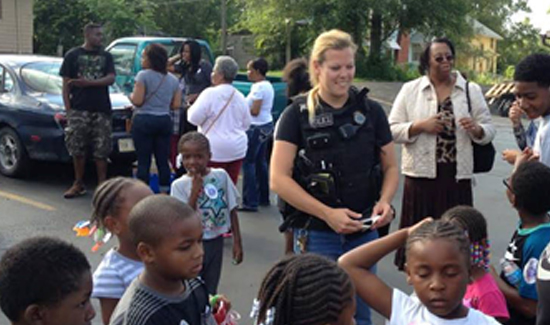 An Omaha police officer and new mother became the first female officer in that department to die in the line of duty.

Officer Kerrie Orozco, 29, was killed Wednesday, her last day of police duty before taking the rest of her maternity leave to spend with her first-born child.

Orozco, who was part of the gang unit, is the 25th Omaha officer killed on duty overall and the first since 2003.

Gunfire erupted Wednesday when Orozco and other officers attempted to arrest Marcus D. Wheeler on a felony warrant for first-degree assault about 1 p.m. Wheeler, 26, also died of injuries from the shooting. Wheeler was a convicted felon and a known gang member, police said.

In a press conference late Wednesday afternoon, Police Chief Todd Schmaderer said Orozco, who was a seven-year veteran, dedicated her life to service.

“This is a somber day for the city of Omaha,” Schmaderer said. “Officer Orozco was a top-notch individual, and the city of Omaha owes her a debt of gratitude, and her family, like no other.”