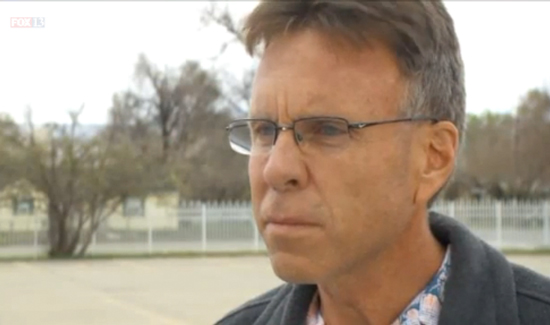 There’s something to that old expression “once a cop, always a cop.”

Prime example: A retired officer in Salt Lake City who risked his life last week to a man from being attacked by a knife-wielding thug.

“I was just in my car on North Temple, I saw a guy pull a knife on another guy, a fight ensued, the guy with the knife was swinging it several times at the unarmed person,” said Nick, the civilian, who declined to give his last name.

Nick, a retired police officer, decided to step in and pull his gun on the suspect.”

“I told him to lay down on the ground and he stayed there,” Nick said.

Witnesses had no idea was what happening. While Nick dialed 911, the crowd began demanding that Nick put down the gun. A witness videotaped most of the incident (watch it here).

Nick admitted he was a little worried things could escalate out of control and the witnesses may try to approach him. “It could have turned out ugly if I didn’t have experience or I didn’t have the training,” said Nick.

Police later found out the cause of this altercation: The man with the knife had his bicycle stolen and was attempting to get it back from the alleged thief.

Regardless, Nick said he has no regrets: “I see somebody in need of help it’s just the right thing to do, the wrong thing to do would of been to turn my back and have somebody be stabbed because I didn’t do anything,”

I think there may be a little confusion here, APB… Whereas “Nick” did great maintaining control of the suspect, however, he is not a retired police officer according to SLCPD. He was known to the officers responding as he was previously a security officer at Rite Aid. Note the comment that he was worried he may not have the experience or training. There should certainly be a correction posted in this matter.

According to the source of the story, Tribune Media Wire, Nick is a retired police officer. What is your source that says he is not?

Just because he was not SLCPD does not mean he wasn’t retired from somewhere else. Also, security officer is a popular retirement job for cops. so what’s your point?

@DFC4611, where in the article does it say he is a retired SLCPD officer? It says he is a retired officer in Salt Lake. Is it not possible he retired elsewhere and lives in SLC?

It appears that in fact Nick is a retired police officer, and he carries himself and speaks as a retired police officer; viewing the video, he handled the situation extremely well, and about as well as any “off-duty” police officer would have. I believe that he did the correct thing, and I probably would have done the same thing if I would have witnessed this while armed {I do not carry all that often}. I would “NOT” recommend the average “untrained” citizen get involved in this type of situation other than to maintain surveillance of it while calling 911 to get help as soon as possible. Knife fights can go to hell very fast.