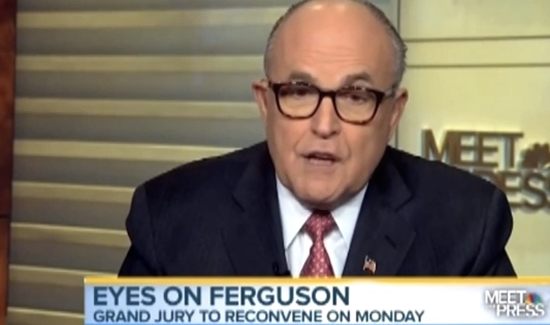 Violent protestors and liberal politicians have created an atmosphere that could very well lead to a Jihad on American police officers. Except it’s not Islamic State terrorists that cops have to watch out for—it’s everyone. Consider the insight of the Daily Caller’s Tucker Carlson: “For [President Obama] to embrace Sharpton,” Carlson opined, “who is just an open bigot and a criminal and a tax cheat, who’s been whipping up race hatred in New York for all these decades. For the president of the United States to embrace this guy as a personal friend, an adviser, to show up at the NAN meetings, to have him in the White House again, and again, and again, and again, to endorse his message—boy, no wonder you’ve got craziness going on in the streets.”

Then there’s former FBI profiler Clint Van Zandt. He said the following to MSNBC reporters over the weekend: “The reason two police officers were stationed in that particular neighborhood in Brooklyn is because we have such high crime in that area, we need more of a police presence. If I was out there right now, and a rhetoric that’s out there of hating police officers when maybe what they do obviously in some cases could be wrong…communities are committing crimes against themselves. We are creating a tremendous riff…because people are inspired by what they hear in the community.”

Then there’s former mayor Rudy Giuliani: “The police are doing the most in these very, very poor communities,” Giuliani said. “The police officers are doing the most to save the children that are at greatest risk. The politicians with this propaganda, separating the community from the police, are doing something that’s shameful. And they have to stop doing that. “If you really want to save black lives…then you start talking about the underlying problems and how we solve it. You don’t blame it on the police. The police are doing the best job of saving black lives.”

Or, consider the position of former New York Governor George Pataki. The 53rd governor of New York sent out the following tweet after finding out that two NYPD officers had fallen victim to an execution-style ambush on Saturday: “Sickened by these barbaric acts, which sadly are a predictable outcome of divisive anti-cop rhetoric of #ericholder & #mayordeblasio. #NYPD”. But there will be others that would rather stick their heads in the sand and not talk about the fact that it’s open season on cops.

The fact of the matter is that the “social justice” crowd is not expressing its opinion. It’s creating an atmosphere that will produce more dead heroes. And every American should find that unacceptable.