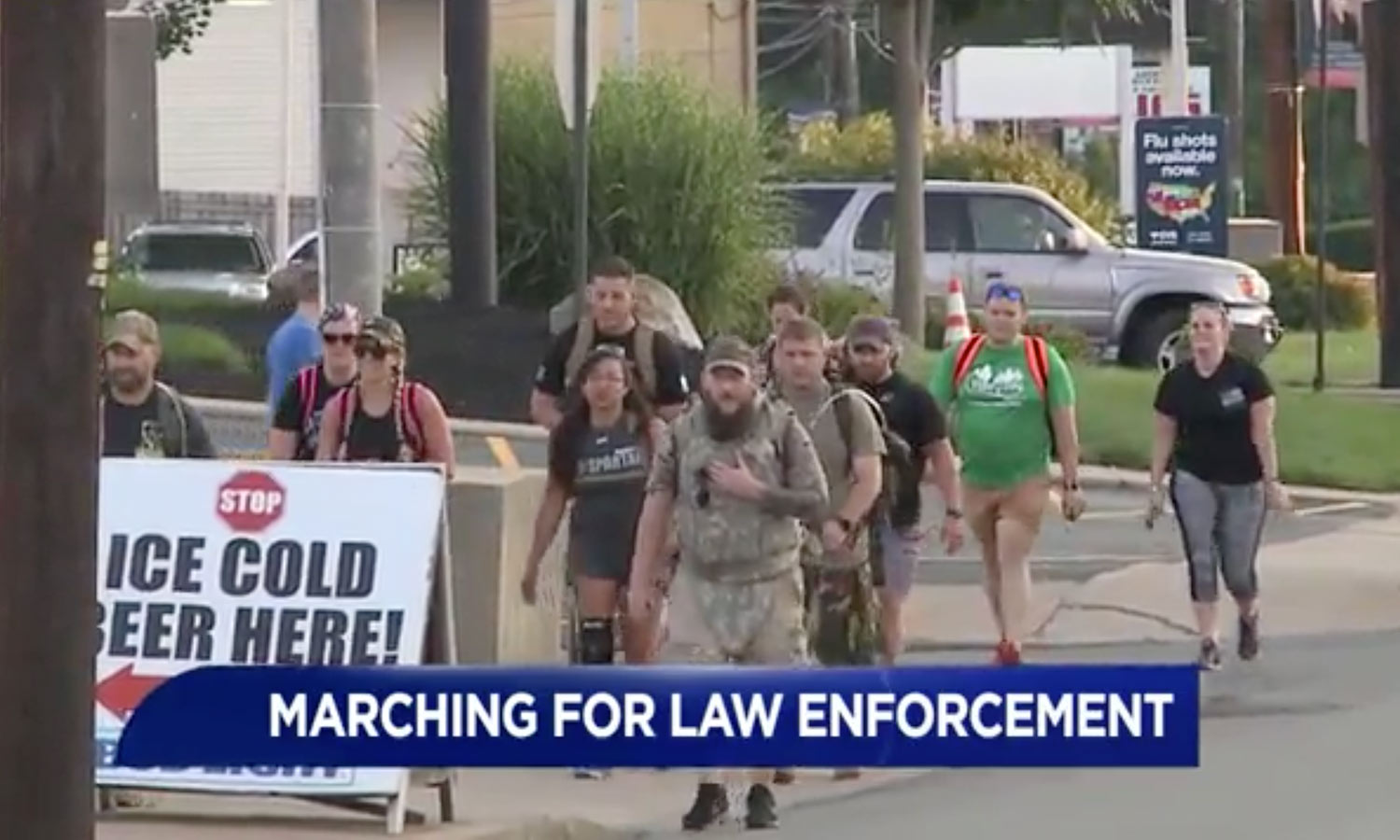 SCRANTON, Pa. — Members of a military support group marched through the streets in and around Scranton to show support for area law enforcement.

Operation Enduring Warrior put on its first ever City Ruck Tour this evening, it’s one of several Ruck marches taking place across the country.

Armed with American and military flags, members of a military support group marched down Blakey Street, dressed in military gear.

This was the first ever City Ruck Tour in Lackawanna County, hosted by Operation Enduring Warrior.

Enduring Warrior’s founder, Army veteran Earl Granville from Carbondale, says this was to both honor law enforcement and to extend memberships to the group to their brothers and sisters in blue.

“We understand in society nowadays law enforcement really hit and roadblock, a big speed bump,” said Granville. “So we wanted to open the doors up to assist law enforcement, corrections officers, they need assistance in anything.”

The more than 7-mile walk in and around Scranton kicked off at Nay Aug Park.

It`s called Ruck Tour because participants carry their rucksacks, like when they do during military training.

Some of these walkers who are not members of law enforcement or the military say they’re doing this to show those who protect and serve they stand fully behind them.

Granville, who lost a leg after being injured in Afghanistan in 2008, has been vocal about mental health issues in the military.

This cement block is carried by a teammate to represent the support Operation Enduring Warrior provides.

“What we use this for is any adversity we face, that it`s just a metaphor that we all take turns together, so anybody’s who’s struggling out there will all carry that weight as one,” said Granville.