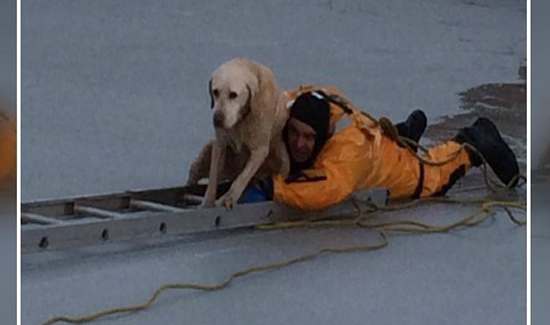 The Orange County Sheriff’s Office rescued a yellow lab from a frozen pond this week.

The deputies were called out to a home on around and upon arrival, they saw a large yellow lab standing in shallow water, up to his chest and surrounded by ice.

Fortunately, the water was very shallow and Lovell was able to grab the dog. Lovell helped the dog onto the ladder and firefighter Jeff Leibold and Deputies Broyles and Cutone, pulled Aaron and the dog to shore,” the Orange County Sheriff’s Office said on Facebook.