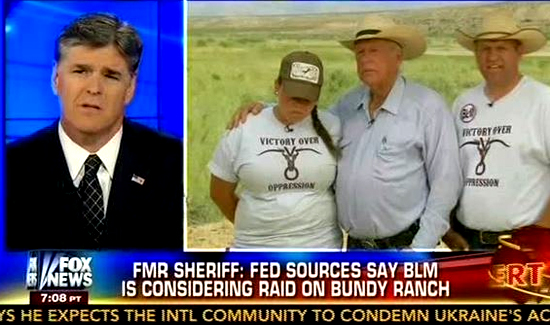 It’s truly remarkable what some people will do to stay out of jail.

Two of the individuals who have taken over a federal building in Oregon are expected to report to jail today.

According to USA Today: “Dwight Hammond Jr., 73, and his son, Steven Hammond, 46, were convicted of arson for fires they started on federal property, and a judge has ordered them to return to prison for four years because the time they had already served did not meet minimum-sentencing laws.”

There’s very little in the way of media coverage of the incident for a variety of reasons.

But one thing we do know is that the armed men that are occupying a federal wildlife refuge building are being destroyed on Twitter.

Seasoned observers of the sovereign citizen/militia types know that more these people crave attention more than anything else.

As a result, they frequently make impassioned pleas for like-minded individuals to quit their jobs, leave their families, take up arms, and join the fight.

But much like ISIS and Al Qaeda have learned, there is no mercy among the Twitter crowd.

You do understand these two men already served their sentences and a second judge said it wasn’t enough. Not exactly double jeopardy but still very strange.