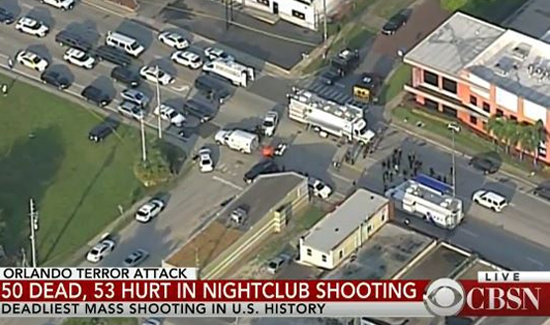 Some of the details emerging from the abject horror of the worst mass shooting in U.S. history in Orlando would seem to indicate that the shooter, Omar Mateen, managed to convince the FBI and his employer that he was not a threat.

The FBI interviewed Mateen three times, eventually deciding that he showed no indication of becoming a threat.

Mateen, who had a criminal justice technology degree, was an employee of the multinational G4S (formerly Wackenhut) and carried a firearm while working for the firm.

“He was an armed security officer,” said a spokesman, David Satterfield. G4S said in a statement that Mateen had been employed by the company since Sept. 10, 2007.

Satterfield said G4S was trying to ascertain whether any guns used in the attack were related to Mateen’s work.

G4S, which employs 620,000 people and operates in more than 110 countries, charges for services ranging from managing jails to bodyguards.

Like the FBI, G4S apparently had no clue that Mateen was a ticking time bomb.

An FBI spokesman told reporters over the weekend that FBI agents had twice interviewed Mateen in 2013 and 2014, based on reports he made comments to co-workers indicating support for militant groups.

Security experts say that it’s highly unlikely that Mateen was connected to overseas terrorist groups like ISIS if neither the FBI or G4S background checks and possibly surveillance failed to raise any red flags.

Mateen reportedly pledged allegiance to ISIS in a 9/11 call during the attack but authorities have not indicated more connections to foreign based terrorist organizations like ISIS, despite the fact that ISIS is claiming responsibility for the murders.

The ATF says Mateen was able to purchase the weapons legally, just a short time before he walked into a nightclub and murdered 50 people.