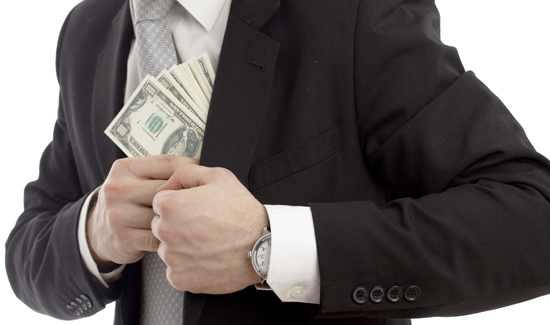 On its face, Chicago’s municipal pension system is an integral part of that city’s government. It’s included in the city’s budget, is directly funded by the city, and its various boards of trustees include city officials and mayoral appointees.

Yet, when it comes to enforcing the city’s anti-corruption laws in advance of the Chicago’s closely watched 2015 municipal election, Mayor Rahm Emanuel’s administration is suddenly arguing that the pension funds are not part of the city government at all.

The counterintuitive declaration came last month from the mayor-appointed ethics commission, responding to Chicago aldermen’s request for an investigation of campaign contributions to Emanuel from the financial industry.

The request followed disclosures that executives at firms managing Chicago pension money have made more than $600,000 worth of donations to Emanuel. The contributions flowed to the mayor despite a city ordinance—and an executive order by Emanuel himself—restricting mayoral campaign contributions from city contractors.