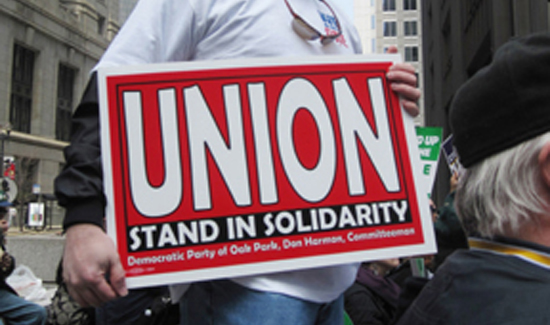 Law enforcement people around the country are starting to panic that pensions they were counting on and are guaranteed by contract law are in serious jeopardy. For decades law enforcement people who took on one of the most difficult, stressful but important jobs in our society could be confident that after they retired they could count on a pension until they died.

Now that’s all up in the air as cities, states, counties and towns, many of which did not make their required contributions to the pension funds as they were required to do by law, are cutting pension benefits and eliminating defined benefit pensions. Some are even claiming that the entire pension plan could be eliminated because of budget shortfalls, etc.

Michelle Singletary writes in The Washington Post that for an increasing number of retirees in the private and public sector the guarantee of a pension is in jeopardy because so many pension plans are in peril.

It turns out a pension fund in Cleveland became one of the first plans to approve benefit cuts for current retirees — even though it is still years away from running out of cash. A 2014 law made it possible for troubled pension plans to reduce benefits to retirees if it would improve the financial health of the fund.

This move in Cleveland could open the door for other troubled pension plans to follow suit with cuts that could start at 20% and could go as high as 60% – an obvious disaster for anyone who is retired and counting on their pension payments to make ends meet. The fact that many cops, firefighters, EMT’s, teachers and other government workers do not qualify for social security because they had a secure pension fund makes this situation all the more intolerable and unjust.

If you read the stories below there is some positive movement to fight back against this outrage. As everyone learned in highschool civics class, a society that disregards contractual agreements made with its employees is on a road to ruin.

Please let us know what your city or town is doing to protect the pensions of people who devoted their lives and risked their lives along with their mental and physical health to keep people safe. This is a battle that we have to win.

This is a train wreck that current retires are being pulled along the tracks on but don’t have no voice in it any longer. Then add to the equation that many, if not most agencies (smaller – mid size agencies maybe more so than the larger ones) have larger numbers of officers farther away from retirement age or the “thinking about retirement” age and are more concerned at present with amount of take home money every two weeks. So when a flag is waived in front of them with a cut retirement so we can give you a pay increase or more of a pay increase it’s jumped on. The few more seasoned people at the agency no matter how hard they work trying to get everyone to see the much bigger picture are out voted. Those LEO’s with say 12 or less years or even 15 or less years on the job, depending on retirement rules, cant focus on that retirement, it has no impact on them yet and those it really does are gone, no longer remembered, whos names are unknown holding their breath. Then as mentioned add in that so large of group (such as myself) that hit the SSA reductions – even though enough quarters may have been earned for SSA purposes – get hit and hit hard. When first hearing of the SSA issue, meant as much as worrying about a pension 15 -20 years out… you hear about FOP and other groups trying to change it but still no real attention is paid. Then when you do find out about it it is said it was done to make it “fair” because you have such a “good” pension……. a FIXED pension with NO COLA, NO medical benefits and a guaranteed SSA reduction —- I’m still unable to grasp who’s really got the “fair” part ???? And as I indicated, like myself, checking my SSA files think it’s OK because I’ve actually made the necessary quarters over the years – finds out it makes no difference you fall into the group that “evens it out & makes it fair” for those with no pension.
If anyone can really look at this picture and say it’s “fair” to anyone is sadly mistaken and is not looking at the same thing. Having to make your house payment, a car payment, maybe still your own student loans, now your kids student loans, plus all the other things and add in a biggie – healthcare…. if not part of a retirement package (and legislature not taking it away after already getting it) paying for you, your wife and possibly kids —– you’re now in the hole. Someone will say that’s what Obamacare is for…………. ANOTHER STORY,,,,,,, and NOT EVEN CLOSE in being correct…. Anyone who wants to do a job to help their brother, their community etc etc and dealing with all those wonderful things LEO’s really do and put up with (yet another story) thinking about the glamor of it…………. think again… you’ll find trying to live month to month, check to check in order to make it all work. Fair what’s the definition of fair ???? If whatever benefits you get, if they maybe able to be changed in anyway you SHOULD have be able to have a voice, if you have the necessary quarters with SSA then “fair” is not falling into another category,,,,,,,,,, fair……………. As its said ……… Life isn’t Fair and that’s the truth. Good luck Brothers and Sisters – BE SAFE, you have each other and not much else…….