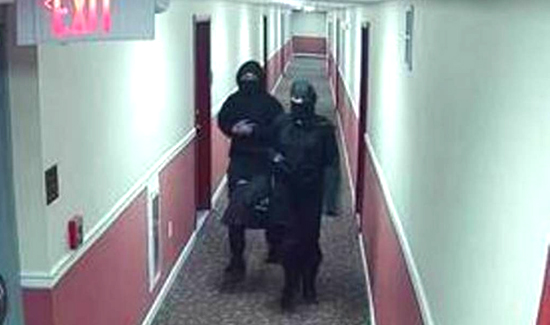 Newark police officials say the unidentified man and woman broke in through a second-floor apartment. WNBC-TV reports that there is video showing the two exiting through a side entrance and running off down a hill.

Resident Melissa Ditonto says the alarm loudly alerted everyone to the fire and many people evacuated.

Police say the building’s sprinkler system quickly doused the flames. No one was injured.