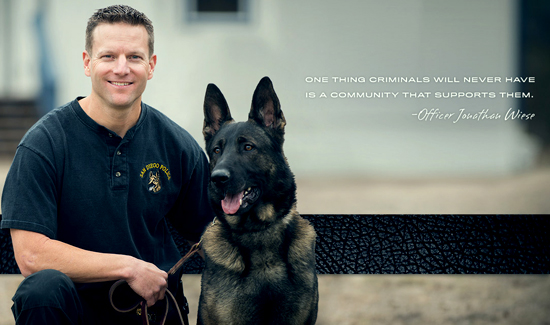 Via the San Diego Tribune:

Allegations of perjury and making false statements by San Diego police officers have emerged in separate lawsuits filed by a lieutenant and a detective who claim they’ve been retaliated against for speaking out about misconduct.

One of the lawsuits includes sworn testimony from two department employees that is diametrically opposed. The discrepancies generated an internal investigation that appears to be ongoing.

The other complaint sparked a pair of subpoenas for additional records sought by the plaintiffs’ lawyer. The City Attorney’s Office wants to quash the subpoenas, and a hearing on that is scheduled next month.

Attorney Dan Gilleon filed both cases against the city and numerous police officials.

“Without a doubt, the San Diego Police Department does not tolerate officers who cross the thin blue line,” Gilleon said. “They absolutely punish anyone who has the courage and ethics to speak out against wrongdoing, and even criminal acts.”

Police officials would not discuss the allegations, but a spokesman issued a statement saying the department has strict rules against perjury or other legal violations.

“The San Diego Police Department does not tolerate employee misconduct at any level,” police Lt. Scott Wahl wrote. “We have a mandatory reporting policy, requiring immediate action should any member become aware of misconduct.”

A spokesman for City Attorney Mara Elliott issued a statement defending the city’s attempt to withhold records sought by one of the plaintiffs.

“It is appropriate for the court to quash the subpoenas because they seek information that has no relevance to the claims in the case,” the statement said.

The older of the two retaliation lawsuits was filed by police Detective Dana Hoover in 2014.

Hoover claimed she was harassed and transferred from her job in the homicide unit after she wrote an email to her supervisors outlining a series of issues within the department.

One of the most serious allegations involved what she called “false statements” another detective made as a witness during a murder trial almost three years ago.