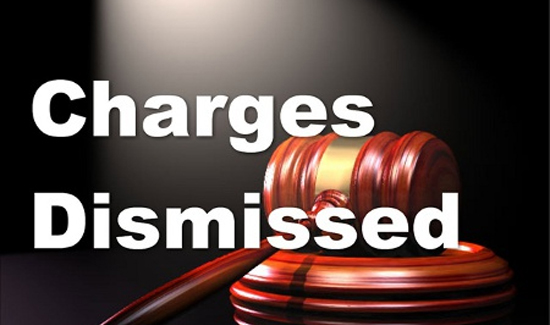 At the request of prosecutors, a judge on Wednesday dismissed the only criminal charge against the former Texas state trooper who arrested Sandra Bland, a 28-year-old black woman who was found hanging in a Texas jail in 2015. Her death set off national protests.

Brian Encinia, the state trooper who was officially fired last year, was cleared of a misdemeanor perjury charge on the condition that he give up his police credentials and pledge to never again work in law enforcement, according to court documents obtained by Texas media outlets and the Associated Press. He also agreed to never attempt to have the charge expunged.

Encinia was indicted in January of last year, accused of making a false statement under oath regarding the traffic stop that led to a confrontation and Bland’s arrest.

In July 2015, Bland had just moved from Illinois to Prairie View, Tex., for a new job when she was pulled over for failing to signal while changing lanes. The exchange quickly escalated after Encinia instructed Bland to put out her cigarette. When Bland questioned the request, Encinia ordered her to get out of the car.

Video footage showed Encinia trying to physically remove Encinia from the car, threatening her with a Taser and saying “I will light you up!” After Bland reportedly became combative, Encinia held her to the ground and arrested her.

Three days later she was found dead in a county jail. Her death was classified as suicide, a finding that was met with skepticism and outrage by her family and many others. A grand jury later decided not to indict anyone in connection with her death.