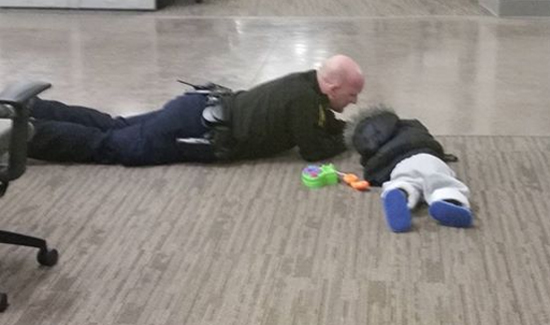 CINCINNATI, Ohio – Going above and beyond. A touching photo of a Cincinnati police officer, and a toddler is going viral after it was posted on Facebook.

Officer Daniel Hils said when the 3-year-old boy was found wandering the streets, officers opened up their hearts to him.

In the touching photo, Hils said Officer Will Nastold is trying to help the little boy take a nap.

The Cincinnati Police Department posted the photo to its Facebook page, and said: “Sometimes our officers are called upon to protect and serve, but sometimes they are the guardians of our neighborhoods. So thankful that our officers in District 3 had the heart and mind to help this three year boy in his time of need.”

According to FOX 19, a relative is caring for the child after his mother was arrested.