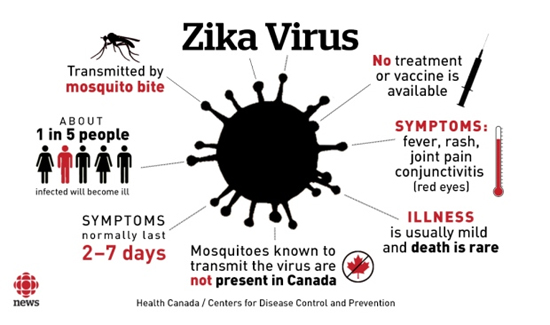 Via the Miami Herald:

After a second Miami Beach police officer contracted the Zika virus and the city denied workers’ compensation, the police union is calling for state legislation that covers first responders in such situations.

Sgt. Michelle Sayegh was the first officer to announce she had been infected with the virus in early October. She told media outlets the city informed her she would not be getting workers’ comp.

Sayegh works in the heart of South Beach’s entertainment district — an area where Aedes aegypti mosquitoes are actively spreading Zika.

A city spokesperson told Channel 10, who spoke to Sayegh, that any city employee can get tested for Zika for free and noted it would be difficult to determine the exact time and location of transmission.

A second Beach officer who contracted the Zika virus was confirmed last week. The officer has not come forward.

These are the first two cases of locally transmitted Zika among first responders in the country. On Tuesday, the Florida State Fraternal Order of Police announced it would make a legislative push to get first responders workers’ compensation coverage in cases of Zika infection.

“The city of Miami Beach offering free Zika testing does not mitigate the need for their coverage of the employees that they place at risk,” said Bobby Jenkins, president of the statewide police union and the Miami Beach chapter.

“There are inherent dangers associated with the job of first responder and though we knowingly take that risk, we do have an expectation that if we fall ill from an infectious disease as part of that job, that we will be covered and supported by those that put us in harm’s way.”