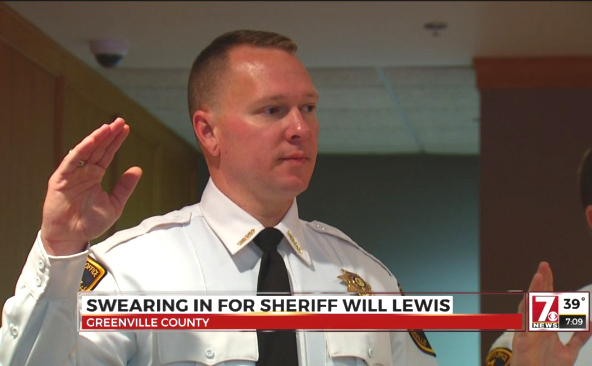 Law enforcement officials and anti-violence activists are blasting a state proposal that would allow South Carolinians to carry guns — concealed or openly — without a permit or any training, saying it would endanger police and the general public.

Greenville County Sheriff Will Lewis said in an email that he supports a resolution by the South Carolina Sheriff’s Association endorsing training for anyone who wants to carry a concealed weapon and opposing changes in current law.

Supporters of the bill, meanwhile, are returning fire, claiming that so-called constitutional carry, or open carry, would cut down on crime.

“States that have put open carry into place have seen a reduction in crime,” said state Rep. Phyllis Henderson, R-Greenville. “They’ve not seen an escalation in gun violence.”

The measure is now being considered by the Senate Judiciary Committee.

The bill would allow South Carolinians to carry guns in most public places — even in large public gatherings such as downtown Greenville’s big street festivals — but not in schools, churches, federal buildings and airports.

Private businesses could post signs to prevent guns in offices and other buildings.

Lawmakers also would continue to ban guns from the Statehouse, where they work.

Miller, the Greenville police chief, noted that the measure is opposed by both the S.C. Police Chiefs Association and the S.C. Sheriff’s Association.

He said the proposal could lead to more police confrontations with people carrying guns.

“So now everybody is authorized to carry a gun, and guns tend to draw out other guns,” Miller said. “It will create opportunities for police shootings or for police officers or deputies to get hurt more.”

When guns are right at hand, simple arguments can easily escalate, resulting in tragedy, Miller said.

“Incidents can happen when one person has a disagreement with another and guns are readily available in an open fashion,” he said. “This bill raises risks in our communities, and I don’t know what it does of any public value.”

Where are all these 2nd Amendment radicals coming from? Yeah, this legislation makes perfect sense and it’s going to make me feel safe by allowing any yahoo with a weapon; who may not have any type of training; may not even have the mental capacity to own a weapon; to carry openly? This is just what the public needs, more guns on the street. Police are already nervous about the number of guns on the street, do we really want more officer involved shootings which will likely result of this legislation?

I tend to agree with you. However, the facts don’t support this premise. I like the idea of a background check, training and monitoring, but, I also study the Constitution and track the numbers. I’m afraid we don’t have the numbers, statistics, to back up what you are saying. We have to take all of our emotions out of the decision process and let the statistics dictate our actions. Facts: The bad guys/criminals don’t obey the Gun laws and will always have guns/weapons.(that is why they are criminals) There is also a reason why we have so many shootings in Gun Free Zones——The bad guys know there is less of a chance of someone returning fire. Statistics show that putting more guns in the hands of Good Guys reduce crime and gun violence.

I greatly prefer training for CC but the fact that this has worked very well in other states can’t be discounted. What works, works.