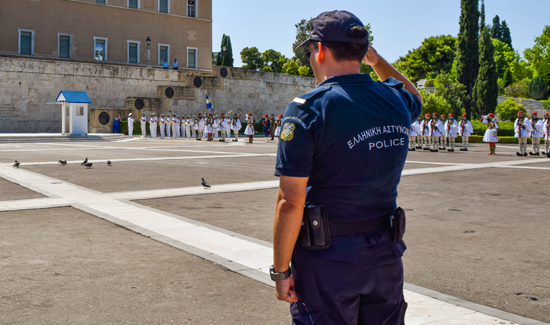 In Greece, a police union has put the government on notice, saying that they will not support a new government plan to use police officers to provide protection for notary services involved in shady foreclosures on Greek homeowners.

In an announcement titled “We will not kick Greeks out of their homes,” POASY said the measure constitutes a “dangerous use of police resources for the implementation of a policy that harms the people.”

Essentially the Greek police association members are furious that they now feel like they’re working to serve and protect the very people getting rich off the Greek financial crisis as opposed to the citizens of Greece. Governments are similar the world over. Generally speaking if a government official’s lips are moving they’re likely lying.

The union of Hellenic Police officers is also opposed to the rest of the new policing program where patrols and protective details for auction houses running electronic foreclosure auctions at the expense of regular policing services.

Basically the Greek cops are pissed that the government is using them top protect private companies that can afford their own security so that those individuals and entities can put people out of their homes without being bothered by the homeowners.