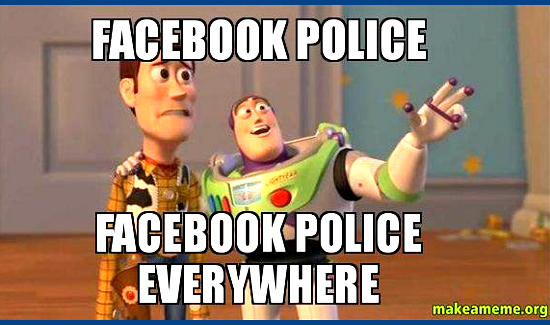 A police chief in Allegheny County (PA) is using a practical tool in fighting the opioid epidemic in his locale—Facebook.

Chief Chad King of Bridgeville Police Department issued a dire warning on Facebook Wednesday to a woman wanted in connection with a fentanyl overdose death.

King, who tells Latoya “Toy” Rosiek that he has known her since she was a teenager, warns her this is what will happen when she reads the social media post:

“Your chest will begin to tighten, your heart will begin to pound, you may start trembling and break into a sweat as you are overcome with feelings of nausea. You will soon realize that people you once trusted are now diming you out. It’s not worth the stress on you, your family, or your children to continue running and looking over your shoulder. I will tell you the same as I have told others… WE WILL FIND YOU.”

Rosiek, 32, faces charge in the death of a Bridgeville resident Dec. 16, 2016 on a fentanyl overdose.

King urges Rosiek to turn herself in, saying his Facebook post will likely reach more than 100,000 people in the next 24 hours, or less. “This department has a success rate of 100% when utilizing social media to locate and apprehend wanted felons,” King said.