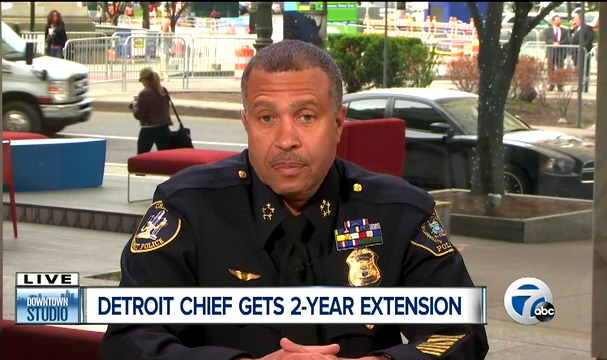 Ed. note: Now that Trump’s won, many in law enforcement are starting to realize just what this means for them, in terms of the increase in workload and other factors. While it’s certainly reasonable and responsible to call for peace and calm, we’re likely to see precious little of either going forward for quite some time. As matter of fact, it’s very likely that mass protests are almost sure to continue.

Since the results of the presidential election rolled in, tens of thousands of demonstrators have taken to the streets to protest Donald Trump’s victory.

Some chanting “Not my president” or “Love Trumps Hate.” Rallies happening in several states – including New York, California, Oregon and even here in Michigan at Wayne State University.

“I find it somewhat troubling,” said Highland Park Police Chief Chester Logan. I think we have new leadership and I don’t know if we have given that new leadership a chance.”

“Our country is in strife,” said River Rouge Police Chief Deborah Hayes Price. “We need to come together we need to start in our community, our churches.”

“We need to be one America,” said Detroit Police Chief James Craig. “The election is over we need to move forward.”

Police chiefs from Detroit and Downriver communities sounding off before a town hall meeting planned before the election. Community relations between police officers and its residents was the center of discussion. But certainly the civil unrest that has popped up in cities nationwide is top of mind.