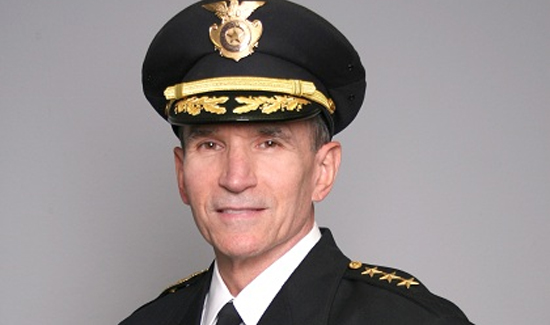 The letter shows “that it’s not one chief or two chiefs that are opposed to this legislation — it’s all of us, in every large city across the state,” McManus said later Friday.

“This is not a political issue for police chiefs. It’s a practical issue that will affect public safety.”

The proposed legislation, formally known as Senate Bill 4, calls for local police departments to take a greater role in enforcing federal immigration laws. The police chiefs’ letter, addressed to various media outlets, warns that immigration enforcement is a “federal obligation” and argues that any state efforts to tackle the issue will be “ineffective.”

Those who joined McManus in signing the letter were the police chiefs in Austin, Arlington, Dallas, Fort Worth and Houston. The letter also was signed by the Texas Police Chiefs Association’s general counsel and executive director.

If SB 4 becomes law, local governments in Texas could no longer prohibit their law enforcement officers from asking people in custody about their immigration status. The measure would effectively reverse San Antonio’s current policy, which forbids police officers from asking such questions.

In a statement last month, Texas Gov. Greg Abbott described an “urgent need” to ban sanctuary cities across Texas, noting such policies “put the lives of our citizens at risk.”

The police chiefs’ letter Friday said that “broad mandates” like SB 4 will further strain the relationship between local law enforcement and diverse communities. That division will lead to more crimes against immigrants and in the broader communities, they predicted.

The chiefs also argued SB 4 — which they described as “political pandering” — will create an unfunded mandate for local police departments if it becomes law.

“At a time of strained law enforcement budgets and critically low jail space, narrowing the focus to violent criminals, human traffickers and members of organized crime syndicates is critical,” the chiefs’ letter stated. “Requiring local law enforcement to prioritize immigration efforts without adequate funding or increased support … will hinder an agency’s ability to focus its limited resources on the unique needs of the community it serves.”

The Texas House and Texas Senate must agree on identical language for the bill before sending it to the governor.

Sounds like a bunch of whiney liberals. People committing crimes are not a “diverse community,” they are CRIMINALS! The police should NOT be friends of criminals. They should be doing their jobs and deal with illegals. This type of grass roots action, where every level of government deals with and discourages illegals is how to deal with the problem. To say it doesn’t work is foolish, it already is working and has consistently worked throughout history.