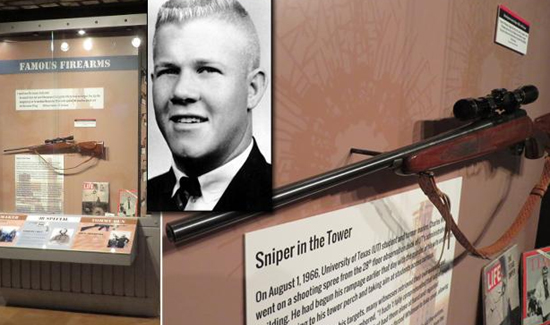 There are some people who believe that the worst thing you can do after a school shooting, or mass shooting of any type, is publicly identify the shooter.

According The Wall Street Journal: “Douglas County Sheriff John Hanlin has repeatedly stood before television cameras and briefed the public on the investigation into the horrific mass shooting. But he never once has uttered Mr. Harper-Mercer’s name.

Sheriff Hanlin is one of a growing number of U.S. law-enforcement officials who are actively avoiding naming the suspects in mass shootings.

“I will not give him the credit he probably sought prior to this horrific and cowardly act,” Sheriff Hanlin said on Thursday.

There are exactly two schools of thought on the issue.

Sheriff Hanlin’s approach is to keep other shooters from becoming inspired by not identifying the murderer.

The idea is appears to be something like; if we just ignore these incidents, they are more likely to stop happening.

Needless to say, not everyone thinks this is the way to go.

First off, critics of Hanlin’s approach might say the media and the community are damn sure to ID the shooter, even if local law enforcement is uncomfortable saying his or her name.

Secondly, some might argue we need more information about all the Dylan Harrises, Erick Kleibolds, Adam Lanzas, and most recently, Christopher Harper-Mercer that we can get.

What do these individuals have in common? What’s different about them? What are their sources of such tremendous emotional pain and feelings of isolation. And what motivated any of them or all of them to take so many innocent lives as they decide to leave this Earth?

It’s easy to see how an approach that would avoid more angst, sadness and anger would be appealing.

The question is whether or not it’s likely to make things worse of better.