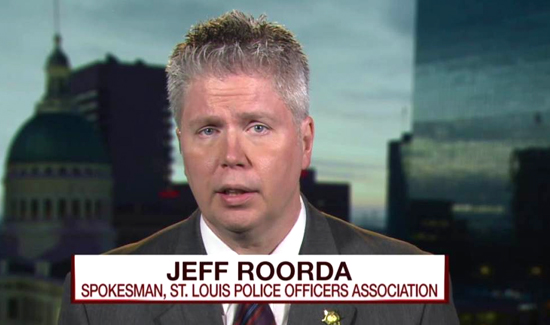 According to Fox News, anti-police sentiment has made it very difficult for agencies to attract new hires.

While there’s precious little in the way of hard numbers, law enforcement officials say that based on their feelings and anecdotal evidence, it seems like no one wants to be a police officer anymore.

Police departments face a recruiting shortage amid a growing anti-cop mood that some fear has taken the pride out of peacekeeping and put targets on the backs of the men and women in blue.

Open calls for the killing of police have been followed by assassinations, including last week’s murder in Texas of a Harris County sheriff’s deputy. Instead of dialing back the incendiary rhetoric, groups including “Black Lives Matter” have instead doubled down at demonstrations with chants of “Pigs in a blanket, fry em like bacon.” Public safety officials fear the net effect has been to demonize police, and diminish the job.

“You no longer just have to worry about your life while in uniform,” he said. “Now you have to be worried about the well-being of your family,” he said.

How sad is it that a once well respected profession can be twisted & demonized into LEOs who are trigger happy, racially profiling, anti-black, above the law murderous thugs who deserve to be hunted down & assinated! ALL OF THIS HAS HAPPENED UNDER OBAMA’S ADMINISTRATION! Yeah! We elected our first Black President! Since day one of his terms in Office he has been quick to judge the actions of Police Officers based on little known facts & supported by outright lies from criminals & thugs who see the opportunity with Obama to become the VICTIMS based on the color of their skin! The same Drug selling, Cop-hating, ignorant, lazy low-life’s who collect a government check (free meal tickets) & call for the death of our brave Police Officers are the same ones who gun down their own people! They randomly shoot their toy guns and could care less that a round went through a building & killed a innocent black girl who WAS SITTING IN HER BEDROOM DOING HER HOMEWORK!

Where are the protesters for this sweet, innocent little girl & her devastated family? They’re too busy with their BS “Black Lives Matter” bowel movement! Too busy in their fruitful efforts in tearing down & destroying the judicial system and pissing on the moral fabric of America…

Now, as this article pointed out, many once want-to-be Cops have changed their minds. They realized that the long hours, crappy pay is not worth a bullet to the back of their head as they fill their patrol vehicle’s gas tank! Applicants are scarce now, unlike five years ago where after I suffered a LOD injury & broke my back & neck. Even though & despite my efforts to fight worker’s compensation, so I could have the necessary surgeries & Physical Therapy…I was quickly fired and a new Police Officer was hired to replace me.

Five years ago I was expendable, because they had a stack of applicants who were young, less costly. I’m forced retired disabled due to my LOD injuries… I wonder if Law Enforcement agencies won’t be so quick to get rid of experienced Officers before they were permitted the chance for top medical traetment & hope of a full recovery!

Let me see. Now the way our officer police is finally getting scrutiny and valid criticism, the police unions are going nuts. Let me tell you why the profession is having problems. 1. Our police kill far too many citizens and far too many unarmed citizens per year. Our officers are on track to kill over 1000 citizens for the 4th year in the row, even though it’s never been safer to be a police officer. 2. Police are revenue generators for Municipalities and police departments. Civil asset forfeiture, once reserved for drug kingpins is literally being used to steal homes, cars and cash from the average American. Police have become adepts at taking property from citizens, based solely upon a hunch. 3. Our police have become increasingly militarized due to the failed war on drugs and the new found war on terror. Some police departments refer to themselves as paramilitary organizations. Police are no longer peace officers but warriors who feel completely at ease using overwhelming force against citizens and justify the behavior under the guise of officer safety. 4. Police routinely deploy SWAT fo issue search warrants. Every state that has collected statistics, MD and Utah, have shown similar results. In MD, 92 % of SWAT deployments were to issue search warrants. The ACLU in their study reported similar results as well. 5. Police fail to adequately investigate instances of excessive and deadly force. The entire system is geared to prevent the officer from being punished for misconduct. Police departments routinely obfuscate, delay releasing of evidence and claim far too often that officers acted within policy. The fact of the matter is, that the officer’s lif is no more important that the suspects that are trying to apprehend. Too many times, an officers response to a challenge is force, not matter what the situation, ranging from paralyzing a grandfather that doesn’t understand English, to beating to death a mentally ill homeless man, to shooting over 600 times into a vehicle and killing a hostage during a bank robbery. Our police seem to demonstrate no regard for the people whom which they interact. 6. Police routinely implement policies such as stop and frisk and broken windows in inherently racist ways. 7. Police routinely demonstrate the inability ti exercise proper judgment in use of force and deadly force situations. 8. Police routine abuse 4th Amendment rights of citizens. Rampant use of Stingray technology with out use of warrant and in some cases deceiving the judiciary about their use. In Baltimore, the police may have to drop over 2000 cases because the use of this technology was not exposed to defendants.

Need I go on? I can do so all day. Today’s issues that police are facing are of their own making. I appreciate that the BLM and others are exposing the problems with our police and the system that supports them. We have many and it will take plenty of external pressure to get our police forces righted.