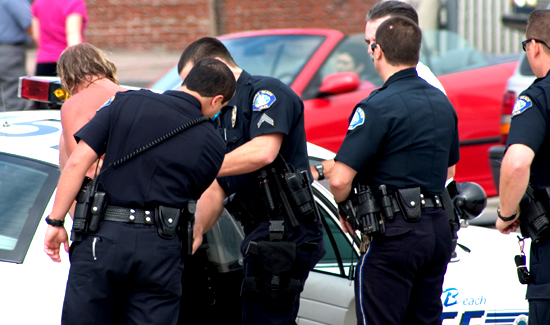 Police departments and policymakers around the country are grappling with how to bolster training for cops on mental health issues in the midst of a string of high-profile fatal incidents involving suspects believed to be in the throes of mental breakdowns.

The current debate on policing in America has largely focused on whether inherent racial bias has led to police disproportionately using deadly force against African-Americans.

But long simmering on the back burner is the struggle for police departments to deal with the eye-popping number of deadly incidents that involve people with mental health issues, law enforcement and mental health experts says.

A study by the Virginia-based Treatment Advocacy Center published last year found that people with mental illness are 16 times more likely than others to be killed by police, while the National Alliance on Mental Illness estimates 15% of men and 30% women annually booked at U.S. jails have mental health problems.

“What departments are going through right now is nothing short of a cultural revolution,” said Peter Scharf, a criminologist at the LSU School of Public Health and Justice. “Jails have become the alms house of this generation and police have become the first responders to the mentally ill.”