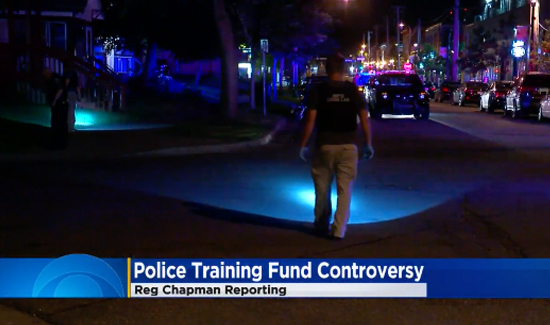 The governor made the recommendation to the Board of Peace Officer Standards and Training. He explained the preliminary plans alongside Castile’s family members on Thursday morning.

Police and law enforcement organizations are not frustrated with the funding, but instead with the Governor’s words.

Landkamer says he and many of his officers are perplexed and disappointed with the governor.

The Police Federation of Minneapolis echoed Landkamer, saying in a statement, “if we’re going to honor somebody with a law that provides critical training for cops, how about naming it after an officer killed in the line of duty?”

The St Paul Police Federation claimed in a satementh that Dayton “completely turns his back on police officers all over again.”

Dayton and members of the Castile family announced preliminary plans to spend the money on extra police training, saying there’s a lot more work that lies ahead.

“We have a responsibility, all of us who are engaged in public service to do what we can to bring Minnesotans together,” Dayton said.

But in the aftermath, Landkamer feels Dayton’s announcement only deepens the divide.

“They are very reluctant to do the proactive policing on the simple fact that they’re worried they’re going to get caught in the cross-hairs by a government official,” Landkamer said.

While the added training is welcomed by many officers across the state, some believe attaching Castile’s name to the fund simply isn’t right, and that there are other ways to honor his life.

“They just feel that primarily it was immortalizing somebody who at the end of the day was breaking the law and that doesn’t send a good message to my kids, and their kids,” Landkamer said.

Members of law enforcement were not invited to the press conference on Thursday.

Ultimately, it is the POST board’s decision whether or not the fund is named after Castile. KSTP contacted the executive director of the POST board, however, he wasn’t available for comment.