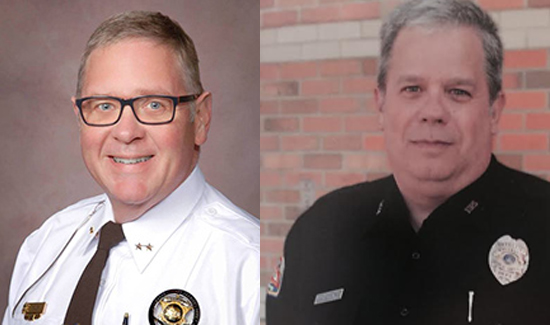 If you watch television or go online, you probably believe there are major problems with how today’s law enforcement is dealing with the public. In our opinion, this could not be further from the truth.

What is true is that in this age of the 24-hour news cycle and the proliferation of cell phones with cameras, we see more of the day-to-day interactions between law enforcement and citizens—especially if things don’t go well. But keep in mind, when things go bad for us at work, they work out well for the media, which loves to run with controversial stories about the police.

But there are many more stories about the good things that happen between law enforcement and citizens, and when these make the news, we all look good.

In a recent Gallup poll, a majority of Americans say they feel law enforcement is doing a “great/or quite well” job. When the citizens have confidence in their police, it leads to cooperation, which is needed for effective policing.

All of us in law enforcement understand that minorities feel they are being unfairly treated at times, and we all have to make an effort to improve relations between the police and all our citizens. This is an ongoing process that everyone should participate in.

When a department looks good and acts professionally, the citizens it protects take as much pride as the officers do. In all our dealings, we should speak properly and professionally and always show a high level of respect. People focus on how police treat them—the process and interactions—rather than the final outcome of those interactions. Studies show that people report positive impressions of an officer that treated them fairly and respectfully, even if the officer gave them a speeding ticket.

We also know that an officer’s demeanor and actions are crucial to receiving cooperation from citizens. If officers communicate well, listen, and treat citizens with respect, they will respond in kind. When a force situation occurs, it may take some time for the person to understand what happened, but once everything is under control, patience and respect will mostly pay off in the end.

Besides the centuries of fighting crime, law enforcement must develop strategies for developing trust and mutual respect for the citizens it serves. New strategies in community policing should be explored and implemented, if there’s hope of success. Many programs have had successful outcomes, and these efforts should be shared with departments across the country.

Other ideas include surveying individuals in community to see what they think of officer performance, the quality of service, and how well the agency is doing with community relations. Town hall meetings, in-service training, and citizen-police academies are also effective tactics for building relations with the public.

When law enforcement makes a mistake, officials should apologize as soon as possible. Many times people just want an act of contrition when they feel wronged, and a simple apology often works to heal and restore trust.

The father of modern-day law enforcement, Sir Robert Peel, said, “Police must secure the willing cooperation of the public in voluntary observance of the law to be able to secure and maintain the respect of the public.”

The media tends to report on mistakes or unflattering things associated with police behavior. Officers must consistently remind themselves—and each other—that everything we do is being watched. Law enforcement is one profession in which repercussions can reverberate far beyond the community in which a negative incident takes place.

Though many law enforcement agencies have turned to more aggressive strategies, they haven’t necessarily created safer communities or better relationships. There still must be a blend between hard, assertive enforcement at times and relationship-building and trust.

Agencies need to stay on top of their game, in terms of providing first-rate service to the citizens they serve. Community policing means working proactively and building relationships in the face of tension and issues. And we must work hard to build this trust among minorities, many of whom feel the police have failed them. We must continue our efforts to rebuild those relationships.

Richard Fuller is a 28-year veteran of Kalamazoo County Sheriff Department, and is currently in his second term as sheriff. Chuck Dahlinger is a detective and 30-year veteran of law enforcement. He currently conducts seminars across the United States and can be reached at powerpolicing@gmail.com.