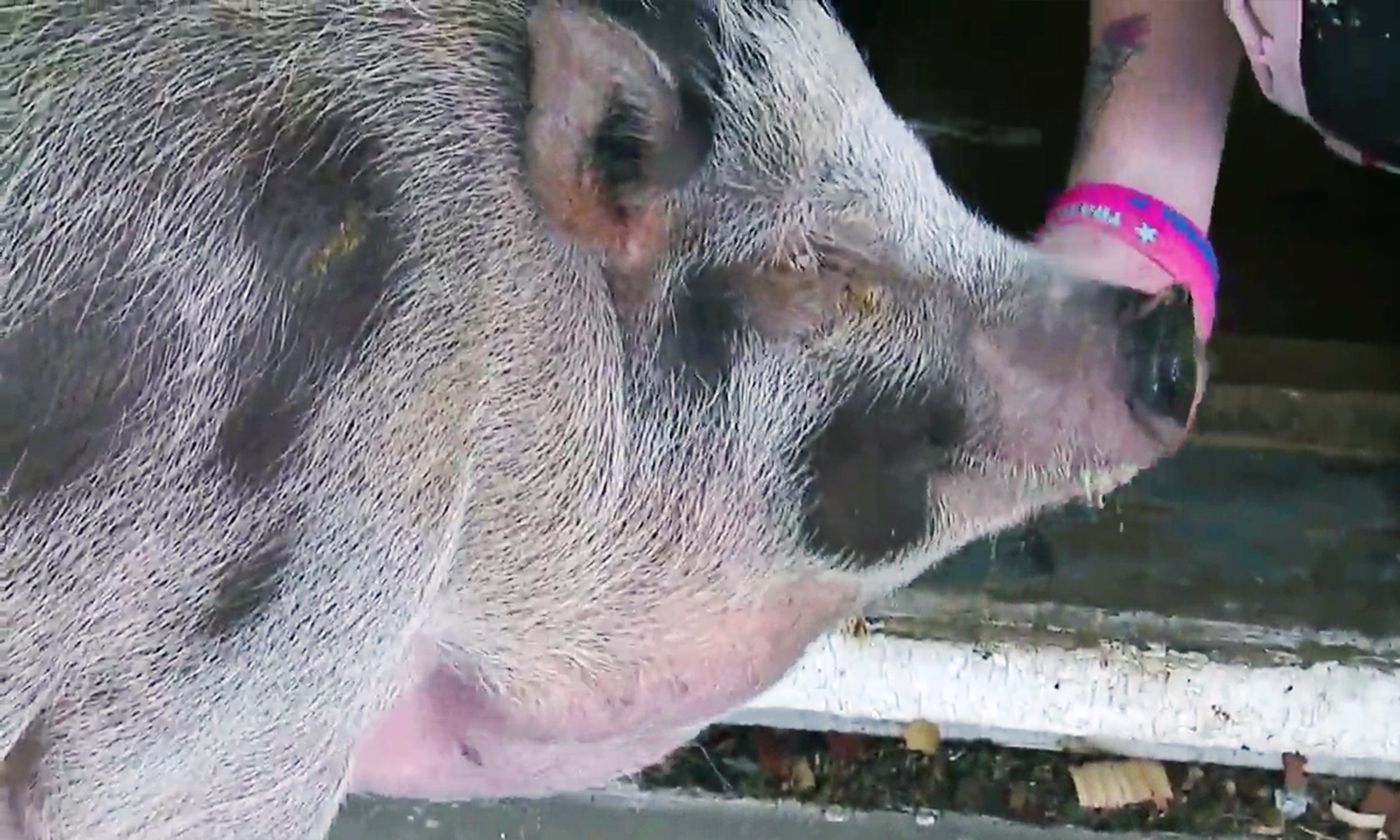 An Indianapolis pet saved a family’s bacon during an unusual home break-in on Indy’s east side this week.

Police say the crime may have been thwarted by a pet pig. The would be thieves smashed their way into the home through the back door.

“They completely damaged my door. The entire door is ruined,” said the homeowner.

That homeowner asked not to be identified, but the single mom with four kids says the family wasn’t home at the time of the break-in.

“It’s scary to think about what if my kids and I would have been home,” she said. “It’s definitely terrifying you don’t want anything like that to happen.”

Because the would be thieves didn’t actually steal anything, police suggested the criminals have may been scared away by the family’s pet pig, Dumplin.

“The officers were guessing when the person broke in they were probably surprised I had a pig and were like, ‘We don’t want to deal with this,’” said the homeowner. “The cop was like we definitely think they got in and made it to where Dumplin was and thought, ‘Nope. We don’t want no part of this.’”

Dumplin’s owner says she saved the full-grown swine from a rescue earlier this year.

“The moment I saw him I knew he loved me instantly. He’s the perfect animal,” said the homeowner.

Unfortunately, home break-ins are nothing new in the neighborhood near Michigan and Sherman. Dumplin’s family bought the east side home just a couple of weeks ago.

Including the break-in at Dumplin’s home, a search of police reports shows there were three home burglaries on the same day separated by just two blocks.

“I guess it’s something I should have looked into. It’s common in the neighborhood. I didn’t think about it. I was excited to be buying my first home,” said the homeowner.

Dumplin’s owner is just relieved the pig didn’t get hurt during the crime and says she wishes more people would adopt pet pigs, even if they won’t always keep the bad guys away.

“There’s tons of pigs in shelters that don’t have homes and they’re great animals,” said the homeowner.

Dumplin’s owner hopes the suspects are caught before they break into anyone else’s home. In the meantime, anyone with information on the case can always contact Crime Stoppers at 317-262-TIPS.