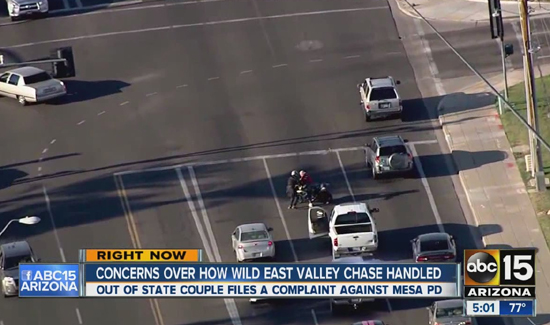 Calumet Park and the city of Chicago will be paying out nearly a combined $13 million.

From the Chicago Tribune:

“Geoffrey Alpert, who specializes in the study of police pursuits and was hired by the plaintiffs as an expert witness in both lawsuits, said it can be difficult for officers to terminate a chase once they’ve started.
“You don’t want to give up. You want to catch the (driver.) Now the problem with that is the risk factors — traffic, congestion, this guy’s blowing lights. Every intersection is like playing Russian roulette.” “Officers will not initiate or continue a pursuit when, in the officer’s opinion, the danger to the public or officer created by the pursuit exceeds the danger presented by the offender remaining at large,” the Calumet Park police regulations pursuit procedure states.