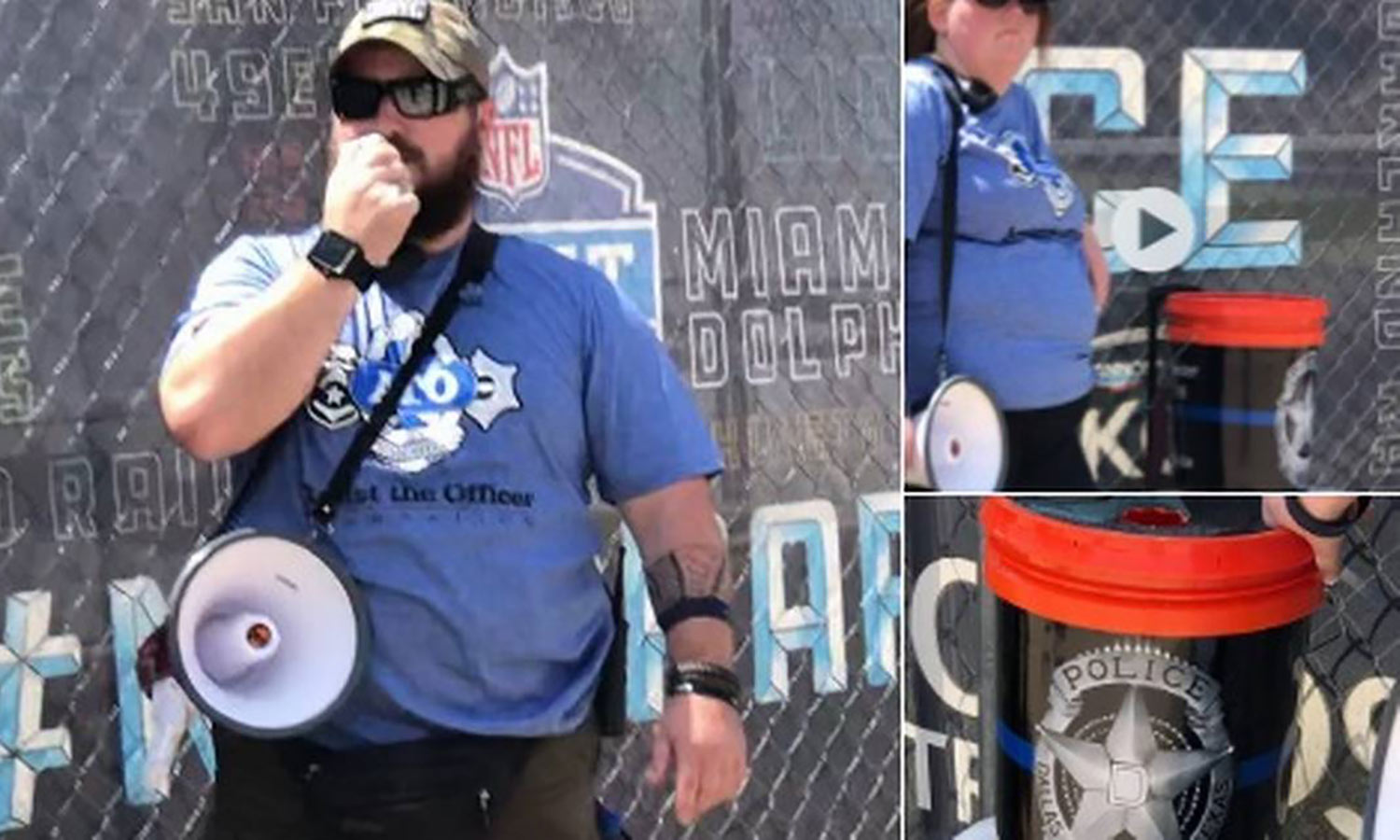 ARLINGTON – As thousands of NFL fans flooded into AT&T Stadium in Arlington this past weekend for the 2018 NFL Draft, community members were still mourning the loss of a Dallas police officer earlier in the week.

The Dallas Police Association says a man and woman who were soliciting cash donations outside the stadium for fallen officer Rogelio Santander were not approved by the association. Santander was gunned down Tuesday at a Home Depot in Lake Highlands.

They were dressed in blue Assist the Officer Foundation T-shirts, had bullhorns and an orange bucket with a hole cut in the top displaying the association’s logo, the DPA said.

In a tweet, the DPA said that, “We did not approve this man or woman to raise funds for Assist the Officer Foundation!!”

Since the shooting that also left another police officer and a Home Depot loss-prevention officer in critical condition, several organizations have begun taking donations for their families.

The Blue Guardian Foundation and National Latino Law Enforcement Organization Greater Dallas Chapter set up a donation website for families of all three officers. The organizations said all proceeds will go directly to the officers, their families for any medical bills and costs they will incur in the near future.

The Dallas Police Association is hoping to raise $150,000 in donations for the families through their Assist the Officer Foundation. The association says 100 percent of the net donations will go directly to the officers’ families.