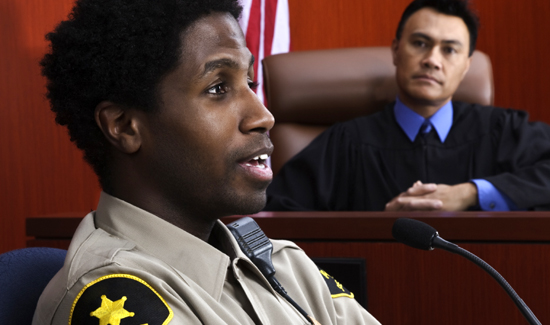 In what some will surely see as another front being opened up in the war on cops, more police officers, reserve officer, and volunteers are being charged with crimes after shooting people.

The most recent high-profile conviction involves a wealthy sheriff’s volunteer names Robert Bates that shot and killed a suspect in a buy and bust operation gone wrong.

Via The Wall St. Journal:

“In the period of 2005 through 2014, about five officers were charged on average each year in such cases.

Since 2005, 69 officers have been charged in on-duty shootings: Twenty-three have been convicted, 26 weren’t convicted and 20 cases are pending, according to Mr. Stinson.

“Now you have prosecutors willing to actually bring the cases,” said David Harris, a law professor at University of Pittsburgh School of Law. “That’s the really big change that has occurred and if you want to know why all you have to remember is two words: Anita Alvarez.”

I think the change is a welcomed one. While the overwhelming majority of officers do their jobs well, there are those that are not and are negligent or criminal in the conduct of their duties. Every shooting should be evaluated closely and officers that fail to meet standards should either be fired or tried with the appropriate charge. Even if the officer is tried, obtaining convictions are difficult to obtain because large swaths of the public still gives officers the benefit of the doubt. What I would really like to see out of the increased scrutiny is the elimination of the militarized attitudes within many departments, the elimination of the attitude that it’s appropriate to use overwhelming force against a citizen in the name of officer safety and the the lives of every citizen encountered is respected.