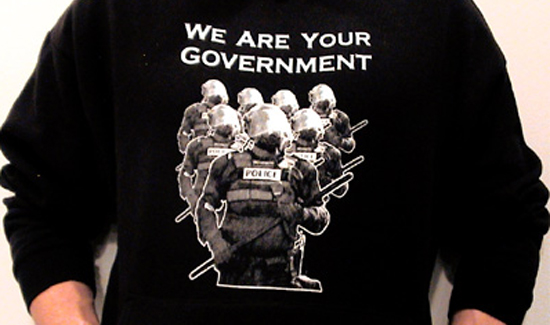 A controversial t-shirt on Amazon is drawing vocal criticism from a Michigan Sheriff, who says its message is anti-police.

Sheriff Michael Bouchard, of Oakland County, near Detroit, posted comments to his Facebook page about the t-shirts.

Facebook took them down, but other controversial pages remain, and that has local law enforcement concerned about the message it sends.

Calhoun County Sheriff Matt Saxton says he too, has seen the controversial t-shirt that was being sold on Amazon.

“As a law enforcement administrator in Calhoun County, I do have concerns with the anti-police rhetoric,” he said.

And Sheriff Saxton says social media, which reaches millions of people, can sometimes fuel that hatred for law enforcement, so he understands his colleague’s outrage.

“The hate that is out there on social media now just towards police, but any race just sickens me,” he said.

Right now, you can find at least two pages and more than a dozen groups with anti-police messages on Facebook.

Saxton says despite the controversy surrounding some of these pages, he believes social media can be used for good.

“We can’t control social media; in fact, we use it to our advantage with investigations, and it has been a help to get information out there, but it also spreads non-truths as well,” he said.

As for the t-shirt that started it all, Amazon has pulled it from its website.